Professor Christos Lynteris is the co-investigator of a three-year research project (2021-2024) funded by the UKRI/Medical Research Council. The project aims to reduce the risk from rodent-borne infections and improve health and well-being by increasing the capacity to develop rodent-control measures that are sustainable and resilient given local ecological, epidemiological, agricultural and socio-cultural contexts. The project will focus on three zoonoses with contrasting epidemiological cycles, plague, leptospirosis and rickettsioses, and work with rural communities in Tanzania and Madagascar.

The St Andrews component of the project will employ ethnographic, interview and survey methods at selected field-sites with the aim of deepening our understanding of human-rodent interactions and the underlying conceptual and practical inhibitors to rodent control and the prevention of disease transmission from rodents. 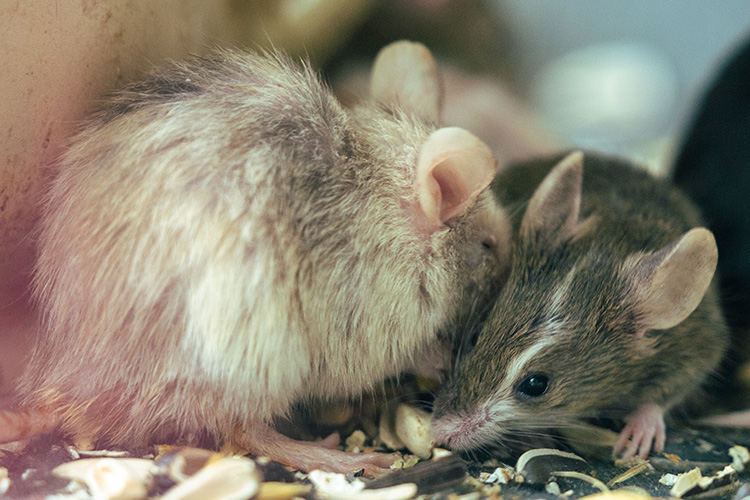 Led by Dr Bridget Bradley, this research project aims to find out how anxiety, distress and grief about the environment affects daily life for individuals across generations and within families.

Eco-anxiety is an area of increasing interest and a significant issue of our times, but we know very little about the lived experiences of people who deal with it.  Our project considers how this anxiety might shape perceptions of the future for people of different ages, and investigates the relationship between climate anxiety and participation in climate-related work, protests and activism. In recent years, we have seen increasing numbers of people in Britain getting involved in climate action, particularly young people who have been inspired by the ‘Fridays for Future’ movement. This research is interested in the reasons why people choose to participate in these events, and how this participation affects levels of climate anxiety.

Our project is funded by the Scottish Funding Council (SFC/AN/08/020) and is supported by a team of early-career research scholars with expertise in sustainability, health and social justice. 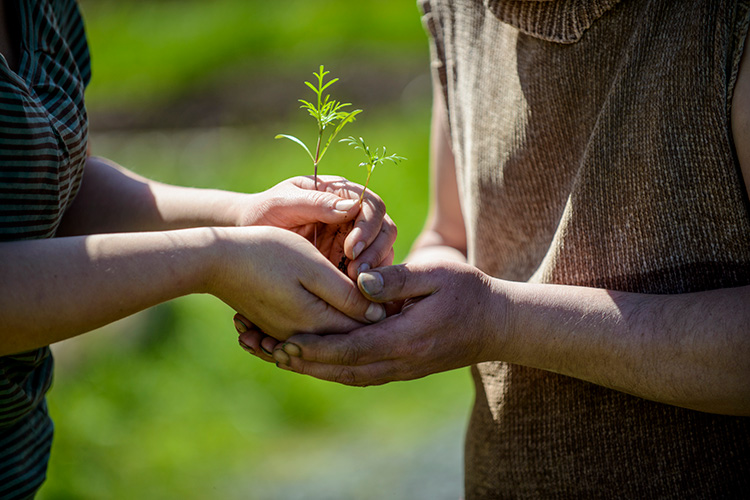 Dr Mette M High is the principal investigator of a six-year research project funded by the European Research Council on finance moralities and environmental politics in the global oil economy. The project involves a team of researchers, including Pauline Destree and Sean Field, exploring ethnographically how multiple and conflicting valuations of oil intersect and inform global markets. Collectively, the research team considers how the production, distribution, consumption and waste of energy relates to what people consider to be right or good.

Applying insights and methods from anthropology and beyond, this project focuses on people as well as resources. Attending to people’s own perceptions of and direct involvement in energy economies, it is developing a truly novel framework for understanding the relationship between oil, money and climate change. 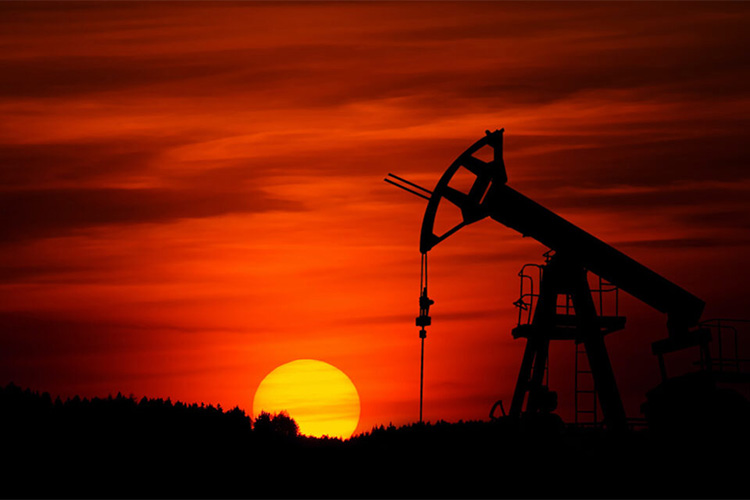 The Centre for Pacific Studies is exploring the time horizons that inform people's perceptions of crisis. The project will run for three years and is supported by the International Balzan Foundation, as part of the 2018 Balzan Prize in Social Anthropology awarded to Marilyn Strathern.

The Balzan Research Project responds to a conundrum at the heart of Social Anthropology. First-hand research is central to the fashioning of ethnography through fieldwork, yet always brings with it a specific temporal horizon. The ethnographer's present is not always the best vantage point from which to apprehend the nature of contemporary issues, notably with respect to perceptions of life in crisis. The Balzan research project is supporting one PhD student and four postdoctoral researchers. 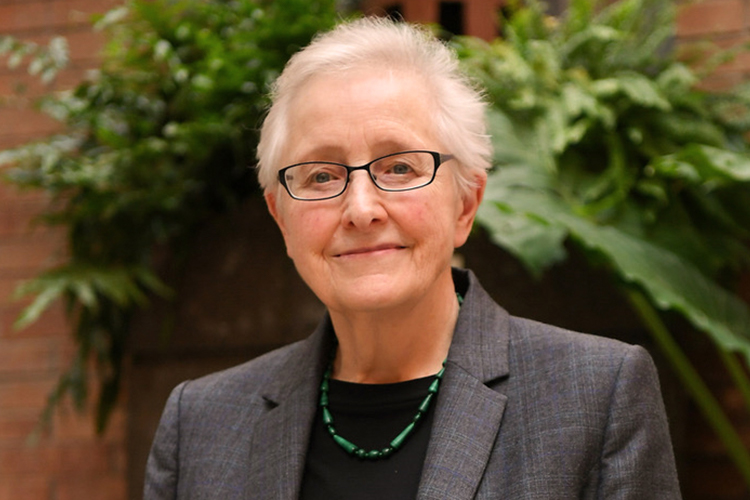 Led by Profesor Christos Lynteris and funded by the Wellcome Trust with an Investigator Award in the Humanities and Social Sciences “The Global War Against the Rat and the Epistemic Emergence of Zoonosis” (2019-2025) will examine the global history of a foundational but historically neglected process in the development of scientific approaches of zoonosis: the global war against the rat (1898-1948).

The project will explore the synergies between knowledge acquired through medical studies of the rat, in the wake of understanding its role in the transmission of infectious diseases (plague, leptospirosis, murine typhus), with knowledge acquired during the development and application of public health measures of vector-control: rat-proofing, rat-catching and rat-poisoning.

By examining the epistemological, architectural, social, and chemical histories of rat control from a global, comparative perspective, the project will show how new forms of epidemiological reasoning about key zoonotic mechanisms (the epizootic, the disease reservoir, and species invasiveness) arose around the epistemic object of the rat. 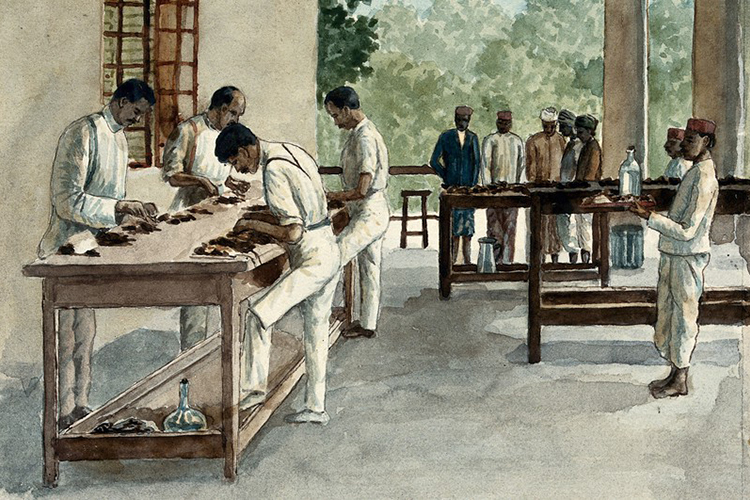 India: a laboratory in which dead rats are being examined as part of a plague-prevention programme. Watercolour, by E. Schwarz, 1915/1935, courtesy of the Wellcome Collection.

Hidden Texts of the Andes: Deciphering the 'Khipus' (Knotted Cord Writing) of Peru

Professor Sabine Hyland is the principal investigator on a three-year project funded by the Leverhulme Trust and awarded a John Simon Guggenheim Foundation Fellowship to examine the Inca writing system of knotted cords (khipus). Her project considers the insights to be gained if we could read the Incas' own accounts of their history instead of relying upon biased Spanish chroniclers.

Khipus recorded histories and other information, yet remains undeciphered. Research has uncovered Peruvian villages where khipus, once thought extinct, were used until the 20th century, providing vital insights into how khipus functioned. Deciphering the more than 800 extant khipus would revolutionise understanding of Andean civilisation, presenting an insiders' view of practices like human sacrifice. This project analyses these unique instances of alphabetic and khipu interfaces using linguistic, historical, and anthropological methodologies. 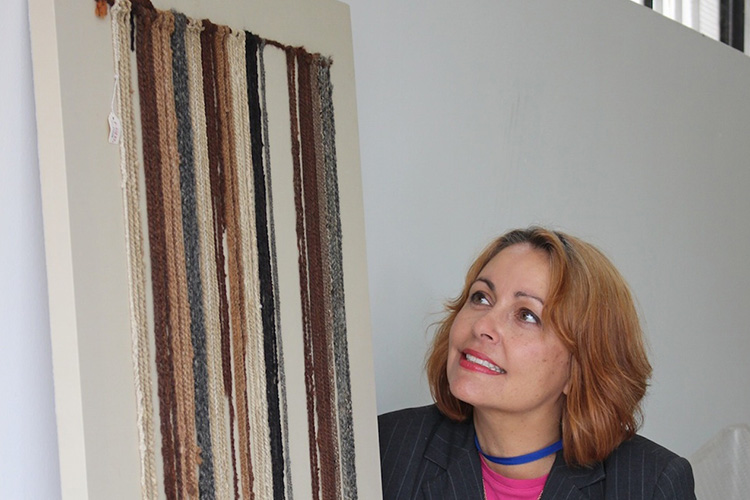 Listening to the Zoo

Dr Adam Reed is co-investigator on a project entitled 'Listening to the Zoo', funded by an Economic and Social Research Council (ESRC) Transformative Research grant award. The principal investigator, Dr Tom Rice, and the rest of the project team are based at the University of Exeter.

This project brings together scholars from anthropology, anthrozoology and bioacoustics to consider the soundscapes of zoos. This includes a consideration of the diverse acoustic ranges of different captive species, the impact of human-created sound or 'noise' on animal welfare, the role of listening in visitor experiences of the zoo and in the care of captive species by keepers. The project works with two zoos in southern England: Paignton Zoo in South Devon and Bristol Zoo. 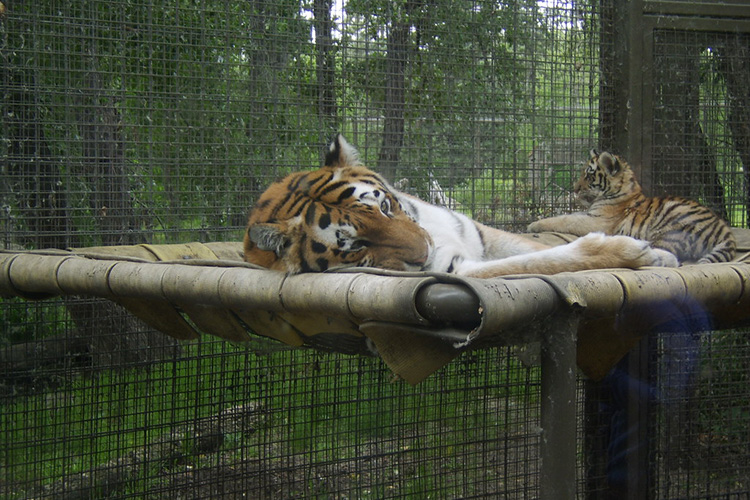 Rebellions and Alliances in Latin America

Funded by a three-year research project grant from the Leverhulme Trust, Professor Mark Harris has studied the past of contemporary societies of the Brazilian Amazon. The project sought lessons for the future that can benefit those who strive to build a fair and sustainable society. The project built on the success of the Centre of Amerindian and Latin American Studies (CAS) in combining the anthropological and historical study of the region.

This project was further consolidated through a British Academy and Leverhulme Senior Fellowship, focusing on the development and change that arose in relation to colonial rule in riverine societies along the Brazilian Amazon. While previous histories had separated people by period, ethnicity or nationhood, they were brought together by the river. The Amazon itself was key to their identity, and the project thus asked "what kinds of societies form along rivers?" 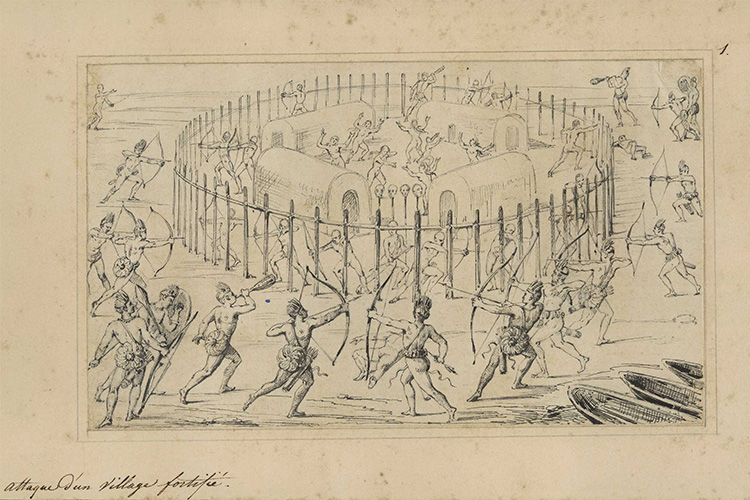 Renewable Energy and Extractive Economies in the Greek Economic Crisis

The Leverhulme Trust has funded a three-year project carried out by Dr Daniel Knight that focused on the temporal complexity of renewable energy initiatives in austerity Greece. Since 2011, the Greek government has advocated renewable energy generation and export as a way to repay national debt and decrease deficit. The project explored the impact of multinational investment in photovoltaic parks on the Plain of Thessaly, Greece, where impoverished farmers have ceased crop cultivation in favour of energy production. Yet energy generated on farmland rarely benefits the local community.

The project considered the extent to which renewable energy projects are seen as new forms of extractive economy, harnessing local natural resources for the benefit of foreign corporations. It thus addressed how economic uncertainty has created dynamic spaces for entrepreneurial opportunism while renewables are locally perceived as neo-colonial programs and new extractive economies. 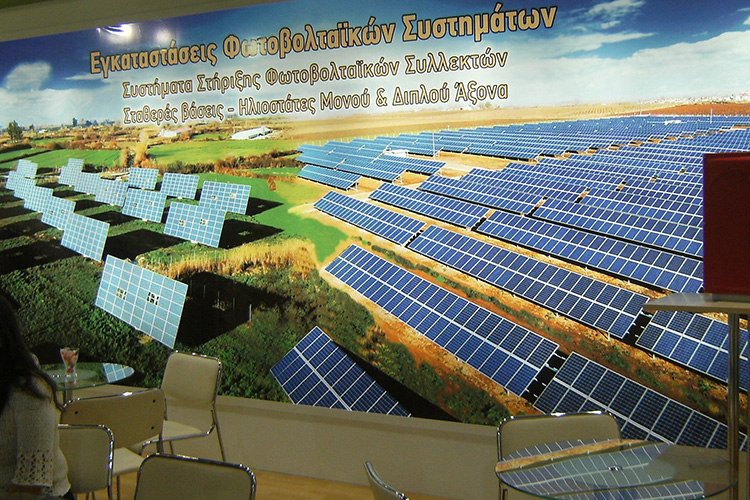 This 4+3 year UKRI Future Leaders Fellowship (FLF) is led by Dr Patrick O'Hare. It investigates the confluence of circular and social economies in Uruguay and Argentina and focuses on the recycled plastics trade and new legal frameworks that enables cooperatives to take leading roles in the recovery, recycling, and development of new products from post-consumer and post-industrial plastics. Specifically, Patrick is conducting fieldwork with a recycling chain that connects waste-picker collectives and recycled plastic pellet and board cooperatives. More broadly, the research project explores theories of innovation and circular economy from below, and the capacity of theorisations of the circular economy to incorporate elements of equity and social justice. 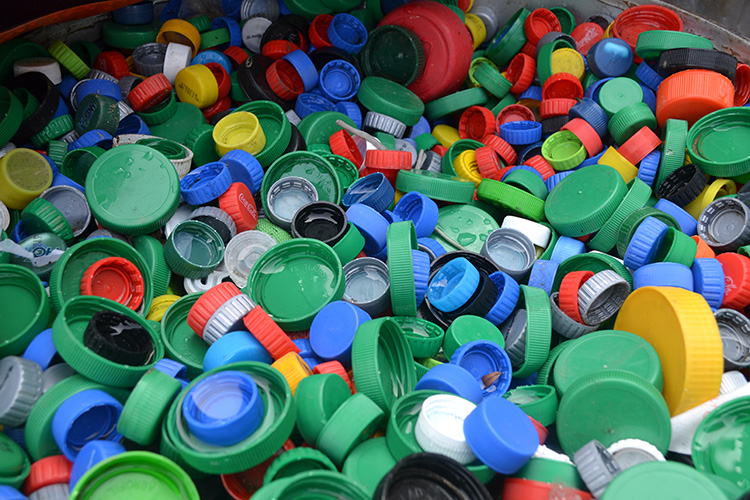 Turning oil into stone: oil legacies in the narratives of urban continuity and change in Baku, Azerbaijan

BAKOIL, led by Dr Leyla Sayfutdinova, examines the construction of ‘oil city’ narratives and representations in Baku, Azerbaijan. The 2-year long project, funded by Marie Skłodowska-Curie Actions (MSCA) Individual Fellowship scheme, is focused on Baku as one of the earliest and historically most significant oil cities in the world. Having survived several cycles of boom and bust, Baku is unusual among the world's oil cities as it has neither declined nor reinvented itself, but instead perpetuated its dependence on oil and continued to strengthen its identity as ‘the oil city’. While the latest bust is still ongoing, ‘oil city’ discourses remain strongly vocalized in both official and unofficial representations of the city. Oil appears to be the medium that links the discourses of the past, present, and future of Baku.

The project will use a combination of ethnography and textual analysis to provide a detailed ethnographic analysis of the construction of Baku oil city identity in its temporal complexity. It will focus on the practices of collective remembering and forgetting in constructing the narratives of Baku as a historical center of oil production and will compare both official and unofficial narratives. Finally, the project will also explore the different imaginations of Baku’s future and the extent to which oil-city identity is perceived as a resource or a limitation to its development. 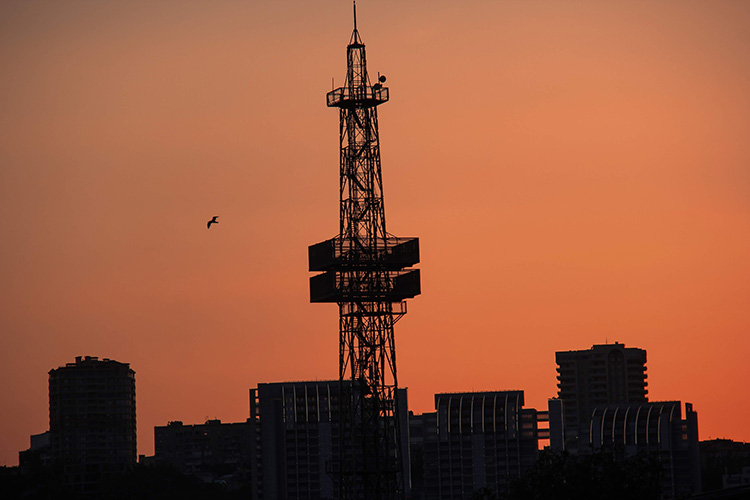 The project engaged in the analysis of the global and local histories of the visual representation of the third plague pandemic (1894-1959), and the role they played in the formation of scientific understandings and public perception of infectious disease epidemics in the modern era. The project has shown that plague photography contributed to the emergence of epidemic photography as a distinct photographic genre, and to the emergence and consolidation of the concept and experience of the "pandemic". 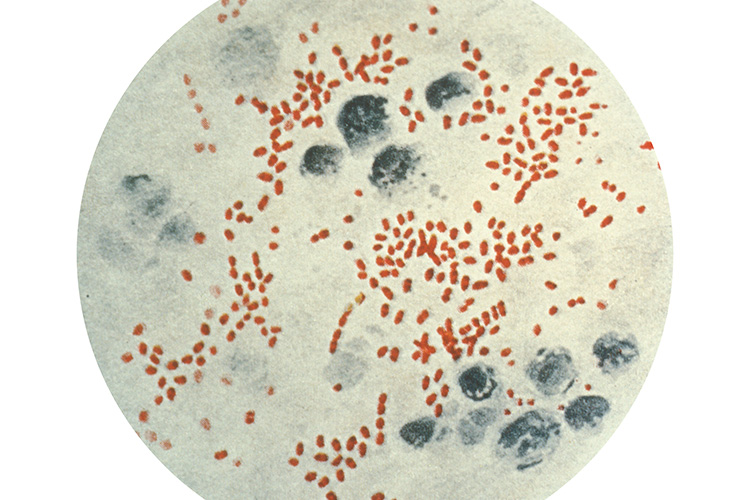