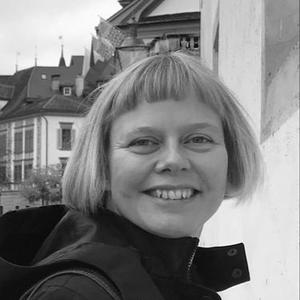 Mette High’s field research is in Mongolia and the United States, where she focuses on questions of ethics and economic life.

High is currently on research leave directing the Centre for Energy Ethics at St Andrews, which is a privately funded and fast-growing research centre that brings together scholars across all disciplines and all levels of seniority. Concerned with issues of energy and climate change, the Centre offers a creative and dynamic research environment in which to push debates further and ask new questions in order to create a better energy future for us all.

High is also leading a European Research Council funded project: "The Ethics of Oil: Finance Moralities and Environmental Politics in the Global Oil Economy (ENERGY ETHICS)". Based on multiple ethnographic studies across the world, this 6-year research project involves a 10-person research team and considers how people in the oil economy make financial and ethical valuations of oil. As this project brings an anthropological sensitivity to issues of money, energy and climate change, its ambition is to provide a novel framework for investigating how oil valuations relate to political reforms and new climate economic initiatives.

Prior to this project, High was funded by the Leverhulme Trust to carry out a 3-year research project in the state of Colorado, USA. Building on her theoretical interest in ethical sensibilities and economic transformations in resource extraction, she examined how oil and gas company workers perceived the risks and possibilities involved when applying the technology of ‘hydraulic fracturing’. Her fieldwork with on-site crew and executives in company headquarters informed her interest in topics such as energy industries, commodity markets and global finance, calculation and risk.

Before shifting her ethnographic focus to the United States, High pursued a research project on the involvement of Buddhist monks in a country-wide gold rush in Mongolia. Funded by the British Academy, she carried out ethnographic fieldwork in monasteries near the mining camps. In this project, she examined the institutionalisation of religious practice and self-transformational ethics in the context of a booming gold mining industry and drastic political reform.

For her study of the Mongolian gold rush, specifically the relationship between fundamental taboos related to the land and its spirits, she received her PhD in social anthropology from University of Cambridge in 2008.

Underlying all her research projects, where money, metals and energy travel far beyond national borders, is a keen and ongoing desire to understand how global economic processes intersect with intimate moral views. In addition to her academic publications, she also explores these issues in collaborations with artists and film makers as well as in her work as co-Chair for Research on the Environmental Sustainability Board and screening committee member of the St Andrews Prize for the Environment.