About the Department of Social Anthropology

Anthropology has a long history in St Andrews. Andrew Lang (M.A., LL.D St Andrews) was a central member of the group of Scottish anthropological thinkers including John McLennan, J.G. Frazer and William Robertson Smith who came to the fore in the later 19th century. Lang began his prolific academic and literary career at the University in the 1860s. He then pursued classical studies at Oxford, where he was a Fellow of Merton College for seven years. Lang lectured and published on anthropology and folklore for five decades until his death in 1912: 'The wizard of St Andrews is no more' wrote anthropologist Alexander Goldenweiser in his obituary for Lang. St Andrews University holds a significant collection of Andrew Lang's and other anthropological works of the period. A commemorative Andrew Lang Lecture has been held annually by the University since the 1920s.

An academic Department of Social Anthropology was founded at the University in 1979 as part of an initiative to develop the field of social studies, with International Relations and Economic and Social History founded around the same time. Since then, the Department has championed innovative ethnographic and historical scholarship. That year, Ladislav Holy was invited to St Andrews and appointed Reader in Social Anthropology. The following year he was joined by David Riches and was later elevated to a Professorship in 1987. Since 1992, Social Anthropology has been incorporated as a Department within the School of Philosophical, Anthropological and Film Studies.

Regular research seminars, organised by the Department and its research centres, include invited speakers of international standing. These seminars, along with distinguished visiting professors who are appointed from time to time, enrich the exciting research environment of the Department.

A crucial element in fostering the Department's international reputation is also an ongoing series of conferences, workshops and other events that consider important established or emerging theoretical issues within the discipline. The Ladislav Holy Memorial Trust, set up after his death in 1997, plays an important supportive role for some of these events. By means of small grants, the Trust also promotes student anthropological research and initiative, enabling students to organise conferences, conduct fieldwork and carry out archival research.

The Department of is part of the School of Philosophical, Anthropological and Film Studies whose Strategic Plan 2021 – 2026 (PDF) outlines School and Department aspirations, aims and commitment to world leading and inclusive teaching and research. 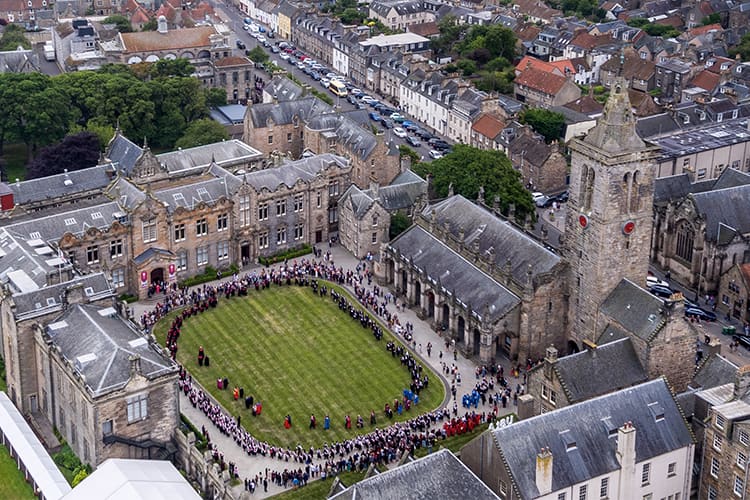 The School of Philosophical, Anthropological and Film Studies