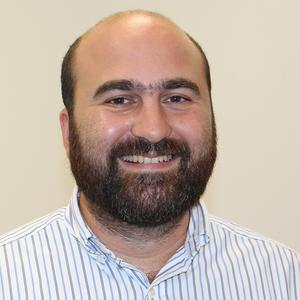 Christos Lynteris is Professor of Medical Anthropology at the University of St Andrews. His research focuses on the anthropological and historical examination of epidemics with a particular focus on: zoonotic diseases, epidemiological epistemology, visual medical culture, colonial medicine.

Professor Lynteris holds the first chair in medical anthropology at the University of St Andrews. Focusing on diseases that spread between animals and humans, his research has been foundational in the establishment of the anthropological study of zoonosis. Combining archival and ethnographic research together with visual methods and critical approaches to medical and epidemiological epistemologies, Professor Lynteris's research seeks to understand how both specific zoonotic diseases (SARS, Covid-19, plague) and zoonosis more broadly shape social worlds and are in turn shaped by them.

Professor Lynteris is a world-leading scholar of the third plague pandemic (1894-1959), a global pandemic of bubonic plague that cost over twelve million lives. Focusing on the entanglements between the epistemological and social history of this devastating event, his historical-anthropological approach has opened new vistas into the epistemic and political complexities of scientific understandings of and public health responses to the pandemic across the globe. Recognising the third plague pandemic as a key event in the development of modern epidemiology, at the centre of this research are questions about the zoonotic nature of plague, the role of bacteriology, ethnography, cartography and photography in configuring the disease’s transmission and maintenance pathways, and the impact of colonial medicine on the formation of key epidemiological frameworks and public health tools.

Funded by the Wellcome Trust with an Investigator Award in the Humanities and Social Sciences, Professor Lynteris's new project (2019-2025) The Global War Against the Rat and the Epistemic Emergence of Zoonosis examines the global history of a foundational but historically neglected process in the development of scientific approaches to zoonosis: the global war against the rat (1898-1948). The project explores the synergies between knowledge acquired through medical studies of the rat, in the wake of understanding its role in the transmission of infectious diseases (plague, leptospirosis, murine typhus), with knowledge acquired during the development and application of public health measures of vector-control: rat-proofing, rat-catching and rat-poisoning. By examining the epistemological, architectural, social, and chemical histories of rat control from a global, comparative perspective, the project will show how new forms of epidemiological reasoning about key zoonotic mechanisms (the epizootic, the disease reservoir, and species invasiveness) arose around the epistemic object of the rat.

At the same time, Professor Lynteris is a Co-Investigator of the three-year research project Developing Effective Rodent Control Strategies to Reduce Disease Risk in Ecologically and Culturally Diverse Rural Landscapes (2021-2024) funded by the UKRI/Medical Research Council. The project aims to reduce the risk from rodent-borne infections and improve health and well-being by increasing the capacity to develop rodent-control measures that are sustainable and resilient given local ecological, epidemiological, agricultural and socio-cultural contexts. The project will focus on three zoonoses with contrasting epidemiological cycles, plague, leptospirosis and rickettsioses, and work with rural communities in Tanzania and Madagascar. The St Andrews component of the project will employ ethnographic, interview and survey methods at selected field-sites with the aim of deepening our understanding of human-rodent interactions and the underlying conceptual and practical inhibitors to rodent control and the prevention of disease transmission from rodents.

Funded by the European Research Council with a Starting Grant (under the European Union’s Seventh Framework Programme/ERC grant agreement no 336564), Professor Lynteris's recently completed project Visual Representations of the Third Plague Pandemic (2013-2018) collected and analysed photographs and other visual documents of the third plague pandemic (1855-1959). The project showed that the emergence of epidemic photography played a pivotal role in the formation of scientific understandings and public perceptions of infectious disease epidemics in the modern world, and contributed significantly the formation of the concept of the “pandemic”. Professor Lynteris has investigated aspects of “visual plague” in China, with a particular focus on Hong Kong and Manchuria. On a global scale, his research has engaged in comparative analysis, focusing on regimes and practices of epidemic visibility and invisibility. The project's OA digital database is available via https://www.repository.cam.ac.uk/handle/1810/275905

Previously, Professor Lynteris's research examined: epidemic crises in modern China and their impact on society and governance; SARS and the “floating population” in the China; the formation of socialist medicine in China and its synergy and antagonism with Confucian ethics; the social ecology of plague on the Chinese-Russian frontier; marmot-hunting practices amongst Mongols and Buryats and their impact on the zoonotic transmission of plague.

Before joining St Andrews in 2017, Professor Lynteris was Andrew Mellon and Isaac Newton Interdisciplinary Postdoctoral Fellow (2011-2013) and ERC Principal Investigator (2013-2017) at the Centre for Research in the Arts, Social Sciences and Humanities (CRASSH) of the University of Cambridge. He was an affiliated academic member of staff at the Department of Social Anthropology of the University of Cambridge from 2011 to 2017.

Professor Lynteris is on research leave on his Wellcome and UKRI/MRC projects until January 2024.