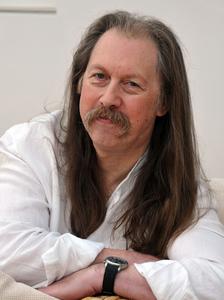 Dr Elliott is an Honorary Research Fellow in the School of Computer Science and the Coordinator for the SETI Post Detection Hub at the University of St Andrews.  He has been a leading contributor for SETI (Search for Extraterrestrial Intelligence) post-detection research and development, since the late 1990s. Throughout this period he has served as a member of the International Academy of Astronautics (IAA) SETI Permanent Committee, where he has contributed significantly to the endeavour, via many roles, publications, and initiatives: e.g., Post Detection Task Force, Journal Editor, and IAA Conference Committee.  In 2012, with Lord Martin Rees as patron, he co-founded the UK SETI Research Network, of which he is currently the Chair.

His work crosses many traditional boundaries and disciplines: from human language ‘universals’, computational linguistics, signal processing, dolphin communication, and global impact strategies (for post detection decipherment of an extra-terrestrial signal to manage dissemination and societal impact), to multidimensional linguistic models for countering online crime and terrorism. In 2002, Arthur C Clarke stated that his work “was of great importance “[i]. and in 2013 (All About Space science magazine)[ii] he was featured and named as one of the “5 most important people in the hunt for life on other planets”. His work has also been referenced multiple times in NASA’s 2018 Technosignatures report [iii], which looks at the “current field and state of the art for technosignatures searches and what role NASA could possibly play in the future in these searches.”

His particular focus on post-detection challenges formed a major component of the 2019 St Andrew’s led “From Afar”, Royal Society Summer Science Exhibition, which presented developing capabilities for signal content analytics, decipherment of unknown phenomena and message construction. Since then, work has focused on developing and formalising his initiative to create a UK led International Post Detection Hub.

Funded project leading investigator roles have included work with UK police and security agencies (including MI5), which have involved aspects of modelling human communication [dialogue] and behaviour. The resulting developments creating automated systems for the detection of criminal activity for evidence gathering, both for online grooming and visualising terrorist cell activity for assisting suspect interrogation.