I expected that Physics at St Andrews would be very formal with a tight focus on the work and your professional career. But while that focus does exist, most of the lecturers have a very friendly and laid back attitude, willing to help with any problem a student may have, even if you have to go back many times! The small size of the department also fosters a sense of community within all the members of the department where everyone knows everyone, which has helped myself and many other students feel very welcome upon first arriving in the department.

As I complete my fourth year in the Physics MPhys course, it's strange to think how much I have covered in such a short amount of time, ranging from Electromagnetism to Lagrangian Mechanics to Optics; yet every moment has been thoroughly enjoyable, with rarely a dull moment. The course itself has been fantastic, with an emphasis on not only making sure you have a good theoretical grasp of the material, but on also improving your scientific methods and presentation skills; key requirements for any physicist. The labs especially have given me an extreme sense of freedom, allowing me to push myself beyond the material and directly investigate phenomena that form active fields of research.

My time at St Andrews has also allowed me to push myself out of my comfort zone and into the world of research through internships. For example, during the previous summer, I spent three months at the University of Toronto, partly funded by the School of Physics and Astronomy at St Andrews. My work involved the tagging of Intrinsically Disordered Proteins with fluorescent dyes to determine their properties via analysis of the dye's spectra, which could then be applied in a medical context to determine ways of mediating protein interactions. I would highly recommend internships to any student thinking of doing research after their degree.

Outside of study, I have been heavily involved in other aspects of the University, allowing me to try many new experiences and meet new people. I was Treasurer then later President of the University of St Andrews Astronomical Society, which also has the privilege of being one of the largest student run astronomy societies in the UK. I had the great pleasure of helping to organise many events associated with the society, including the annual charity ball, Star Ball, and an international excursion to Iceland.

St Andrews truly isn't like any other university, there is always something new to be found in this small town, even when you least expect it. It is a wonderful and unique place where lifelong friendships are forged and unforgettable memories are born. It's not just a place to study, it's home. 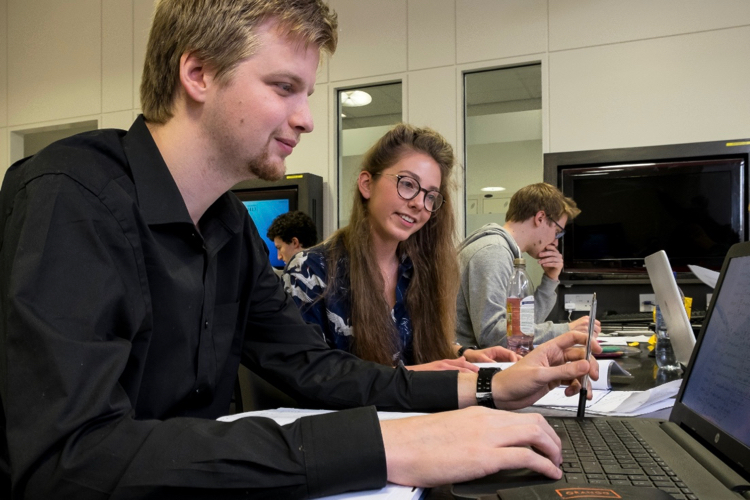 The School of Physics and Astronomy offers an enviable range of modules to choose from. During the last couple of years of my degree, I had the opportunity to specialise, with complex fields presented from a research perspective by world experts. The department's most valuable trait, though, is the unique relationship between students and staff. There is a sense of mutual respect, and this, coupled with relatively small class sizes, leads to the opportunity for ample questions and subject exploration. It is because of this ease of communication within the School that I was able to find my first internship within one of our experimental condensed matter research groups. This sparked my interest in the subject, and I spent the next two summers working on related fields in different parts of Germany.

My Masters project at St Andrews, supervised by Professor Phil King, involved the growth and measurement of transition metal dichalcogenide materials in the search for charge density wave transition signatures. The project was interesting and challenging, fuelled by the enthusiasm inspired by working in a state-of-the-art lab with a great group. 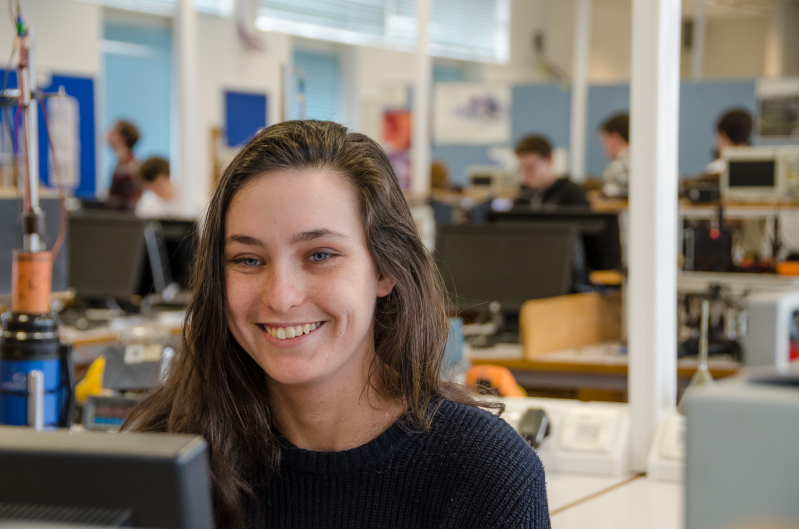 I have recently completed my undergraduate degree in Astrophysics (MPhys) and I've loved my time at the University of St Andrews, both academically and socially. My courses have all been engaging and the lecturers are enthusiastic about their subjects.

Although I had the grades to go straight into 2nd year via the School's direct entry route, I chose to start my time in St Andrews from 1st year. My physics courses covered lots of topics that I'd already been exposed to at school but they were delivered in a different style and in more depth. I was able to focus more of my effort on the new way to learn via lectures, tutorials, workshops and labs. It also meant that I could spend more time making new friends and trying out different societies.

I joined AstroSoc, the Astronomy society, and on their trip to Norway in the winter of my first year, we were lucky enough to see the Northern Lights. Besides physics and science in general, I have always enjoyed singing and so I was also a member of the St Andrews Music Society Singers – a non-auditioned choir – during my time at St Andrews.

The extracurricular activity in which I invested most time, however, was the Ambassador Scheme which is run by the Admissions Department of the University. The Ambassadors are the students that run the Open Days, often seen in the red gowns, but we also do a lot of work in Widening Participation through many Primary and Secondary School projects. As the first in my family to go to University, I qualified for a few of the projects while I was at High School and so when I started my degree here, I decided to join the Ambassador Scheme in order to help other young people in a similar situation to me.

The highlight of my degree was the opportunity to work with researchers in Astrophysics during the summer months after my 3rd and 4th years where I carried out research on galaxy models. This opportunity opened my eyes to the possibility of postgraduate study and developed my research and coding skills which have proved useful in many of my modules.  I enjoyed conducting my own research to the extent that I decided I wished to continue with academia in the form of PhD study. With my time at St Andrews drawing to a close, I'm looking forward to starting my PhD at the University of Cambridge, which St Andrews has prepared me for well.

The University and the Physics department have offered me so many opportunities and I couldn't ask for a more positive university experience that I have shared with a great group of friends. A big thank you is definitely due to the Physics & Astronomy staff for helping, encouraging and supporting me over the past five years. 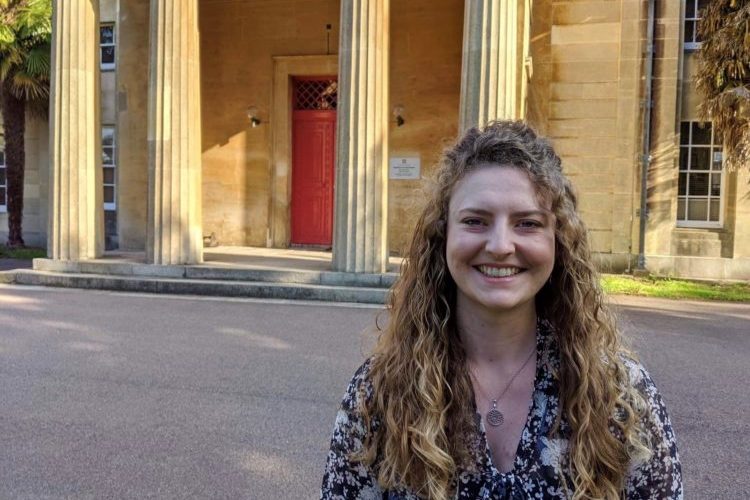 The degree programmes at St Andrews allow one to try a variety of subjects in the sub-honours years, but also allow students who are certain of their choices to take an accelerated route - I had known for some years that I was going to pursue theoretical physics, and therefore opted for direct entry to second year (there was a time around the start of secondary school when I thought that I would study chemistry, but at some point I decided that I had to understand general relativity - in any case, I would have made an awful chemist).

The greatest strength of the department is the collegiality between staff and students - the school has an active student-staff council with a long-established record of positive change, and on which I had the honour to serve as theoretical physics representative in my three honours years. The staff-student relationship is strengthened both through events such as the annual Burns' Supper, and continuously in day-to-day interactions and the open-door policy that encourages students to discuss the material with their lecturers - physics at St Andrews is a collaborative effort.

Students have the opportunity to get involved with the research life of the school; for the last three years, I have worked with Chris Hooley on a few projects in condensed matter theory, in collaboration with Andrew Green (UCL), and with Bernd Braunecker on my final year project. This experience of research - the pursuit of intricate calculations, attending and presenting at conferences (a note to the reader - one should always attend the conference dinners), and the discussions with other members of the research group - is what has made me into a condensed matter theorist; I leave soon for Dresden, Germany, to pursue my PhD at the Max Planck Institute for the Physics of Complex Systems with Roderich Moessner.

My time in St Andrews was very special to me, and that it is difficult for me to imagine that there exists somewhere it would have been better for me to do my undergraduate degree. The atmosphere of the town and the department conspires to produce a university experience that is, perhaps, different to most; but it is invaluable to me - it has made a proper theorist of me, and I have made many (what I am sure will be) lifelong friendships along the way. 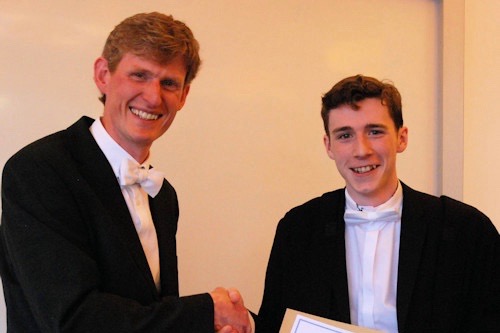