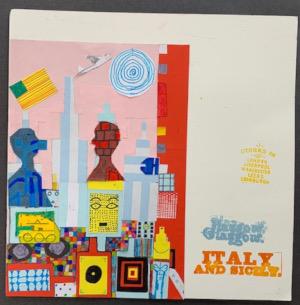 Since the second half of the nineteenth-century, Italians have been migrating in large numbers. Many went to the United States as well as Brazil and Argentina. After the Second World War, Australia was a common destination, while other European countries have consistently attracted Italian workers and their families for relatively brief, as well as longer, periods of time.

While most research on the subject of migration looks at the relationship between where people come from and where they move to, this project explores alternative and less familiar forms of cultural connectedness. Its focus is on four cities - Edinburgh, Hamburg, Adelaide, New Orleans – which have relatively small, but significant, populations of people of Italian descent. What is interesting about places like this is that they offer opportunities for thinking about migration which doesn’t inevitably refer back to a fixed point of origin. Italy is not at the centre of this minor transnational culture.

The project is all about creative connections inspired by the work Sir Eduardo Paolozzi (1924-2005). Born into an Italian family in Edinburgh, he grew up speaking four languages, a multilingual inheritance which led, he suggested, to a life-long interest in all forms of translation. He is probably best known for his large-scale public sculptures, but his fascination with the material processes of cultural transformation also informed his earlier pop art, collage, print-making, and textile design. The threads connecting the project’s four cities are spun by Paolozzi and his eclectic body of work. Growing up in Edinburgh in the 1930s, he experienced very personally the effects of Italy’s entry into the War. He taught in the industrial port of Hamburg in the early 1960s, and his interest in textiles finds echoes in the Italian communities of Adelaide. Like the other three cities, New Orleans has a history of anti-Italian racism. The project explores this pattern of connectedness through film, literature, tapestry, food and other forms of material vernacular culture especially photography. The main languages of this translingual project, in and out of translation, are English, German, and Italian.

The project’s ‘loose ends’ belong to the threads of often casual or minor transnational attachments.  It doesn’t attempt to write anything like a definitive history of Italian migration to these four cities, but rather draw on Paolozzi’s artistic production, his methodology, and biography to capture glimpses of human and cultural movement across distant sites.

Professor Derek Duncan has been awarded a 2-year Major Research Fellowship by the Leverhulme Trust to support this work. 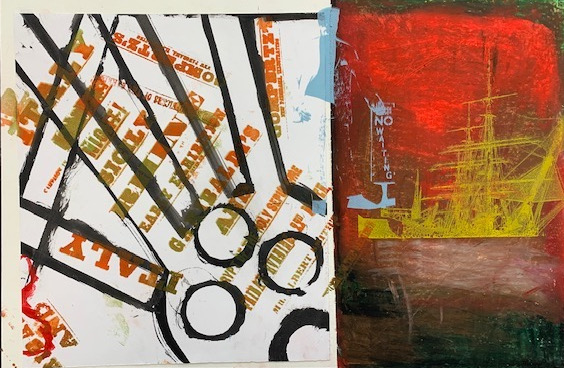