About the School of Modern Languages

The School of Modern Languages at St Andrews is one of the largest and most diverse of its kind in the UK. It consists of seven departments:

All staff contribute to a dynamic cross-disciplinary programme in Comparative Literature.

The School’s approach is underpinned by the belief that the acquiring of high-level language skills goes hand in hand with studying culture. With partners all over Europe and the Middle East, the School sees living, studying and working abroad as an integral part of language study. 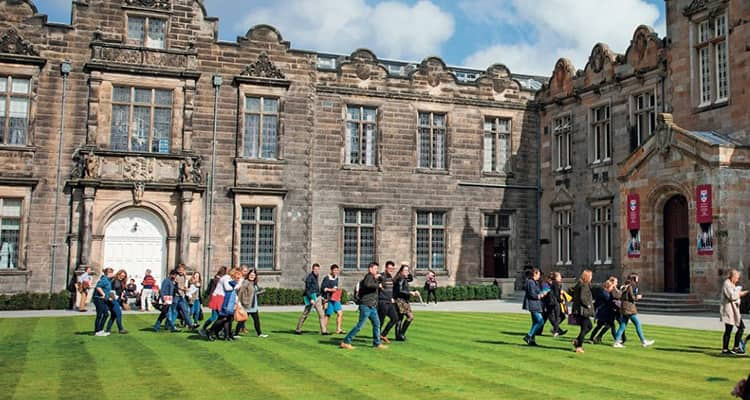 With more than 45 research active members of staff, the School of Modern Languages has a vibrant research culture which spans a wide range of national cultures and cross-disciplinary themes including:

In the most recent Research Excellence Framework (REF) 2014 the School was ranked first in Scotland in terms of its publications with over 70% of its outputs rated either world-leading or internationally excellent.

The School of Modern Languages has been consistently ranked in the top five in a wide range of league tables. It is currently ranked second in the Guardian league tables (2020). In the 2020 Complete University Guide  Arabic and Persian are ranked 1st, German is ranked 2nd , Spanish 5th and French 6th. In the Times and Sunday Times Good University Guide (2020) Italian is ranked top in the UK, and French, German, Russian, Arabic and Persian are all ranked in the top 10 subjects nationally for students satisfaction. 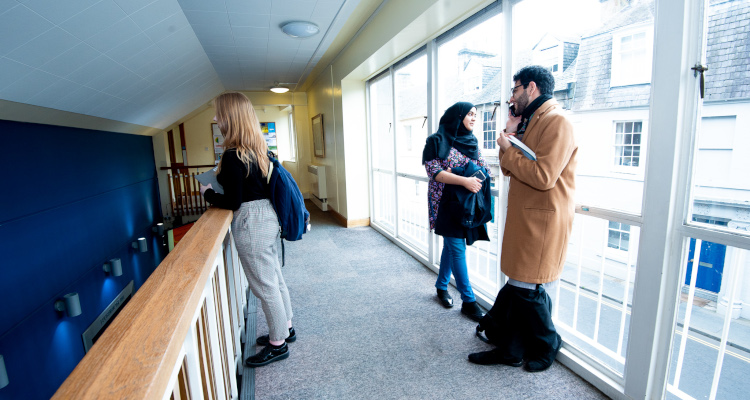 The School of Modern Languages' Strategic Plan 2020-25 sets out the School's ambitions to develop its research and teaching activities and support an environment that reflects the School's core values of trust, transparency, accountability, inclusivity, and fairness.

The School currently occupies two sites in the heart of the town: the Buchanan Building and St Salvator’s Quad. Please see the School's contact page for more information.

The multi-media centre, a digital language lab for personalised study, is located in the Buchanan Building, and provides access to satellite television for all seven languages taught in the School of Modern Languages.

Even before Modern Languages was introduced as a degree subject in its own right in 1892, female students at St Andrews studied French, German and Italian as part of what was then known as the ‘Ladies Literate in Arts’ qualification. Today female professors out-number their male counterparts in the School.

One hundred years after the introduction of modern languages, the individual departments were amalgamated into a School of Modern Languages. Today it is one of the largest schools of modern languages in the UK and is set to grow in the future with ambitious plans to expand its current range of subjects.