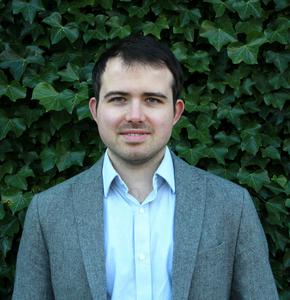 I teach Russian literature from the nineteenth to the twenty-first century, including honours modules on Russian theatre and performance (RU3043), utopia and dystopia in Russian culture (RU4554) and the works of Mikhail Bulgakov (RU3030). I teach Russian language at all levels and convene the second-year Russian language stream for ex-beginners (RU2201/02). I also enjoy teaching Russian components on Comparative Literature and postgraduate modules. I welcome enquiries from postgraduate students on all aspects of 20th and 21st-century Russian theatre and drama, as well as performance studies and critical theory.

I run a theatre group within the department for students of Russian and we stage plays performed in Russian at the end of Candlemas. Recent productions include Valentin Kataev?s Squaring the Circle and Anton Chekhov?s Three Sisters. All students are encouraged to take part, no matter what their level of Russian or acting experience. Those taking Beginner?s Russian are especially welcome.

My research focuses on theatre and drama in twentieth-century Russia, Russian visual culture and the history of the Soviet Union. I have articles published on Bertolt Brecht?s reception in Russia, the theory of ?conflictlessness? in post-war Soviet drama and a book chapter on the director Oleg Efremov in the edited volume Russian Theatre in Practice. My research is interdisciplinary and combines the study of cultural history, literary and performance analysis, and critical theory within the context of Russian and Soviet studies.

I am currently working on a monograph titled Soviet Theatre during the Thaw: the return of the avant-garde, which explores the revival of avant-garde theatre productions and play texts in the period following Stalin?s death. In the monograph I argue that the return of avant-garde theatre to the stage broke down the hierarchies of aesthetic representation that formed during the Stalinist period and opened up a space within the cultural sphere for new interpretations and directions. This process was crucial in allowing the Soviet public to re-imagine its relationship to state power, the West and the recent past.