This is a topical and compelling tale of relationships set in a struggling, socially deprived small town in New Zealand.

Issues of sexual abuse in the Catholic Church, corruption, racism, love and death are introduced as the story progresses. The lead character, Gordon, has to deal with pain, loss and grief, while he encounters clashes of culture, prejudice, corruption and greed, but also rediscovers the excitement of new love. An ex-professional footballer and respected business manager Gordon's life is shattered by the terminal illness and ultimate death of his wife.

Bereft at her loss Gordon is drifting: alone in the bustling city of Auckland; grieving and lacking motivation, unsure what to do with his life. Out of the blue he receives a mysterious phone call from his elderly aunt asking him to come and visit, but she gives him little further information. He is curious but since he has no other plans he decides to go and find out what she wants. His aunt lives in the predominantly Maori town of Ngawai on the west coast of the North Island of New Zealand.

The once busy little town is now dying as the local industries have all closed down and there is little employment. What he discovers in Ngawai horrifies and challenges him on many levels. His aunt's illness, the obvious signs of poverty and the state of decay in the town depress him still further. By chance he stumbles upon a small group of disadvantaged youngsters who persuade him to give them some soccer coaching. Through their enthusiasm and skill he begins to recover. However, as a white outsider coaching soccer in a mainly Maori town he is immediately thrust into conflict with Tane, the embittered coach of the rugby league club.

Gordon soon becomes heavily entangled in a web of grief, love, sex and anger as he becomes involved with life in the town. Through the growing success of the soccer team, and his developing relationship with Mere, the mother of a player, his passion is re-ignited and through this he finds the strength to battle prejudice and corruption, and finds, ultimately, a rediscovery of hope. 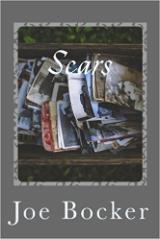