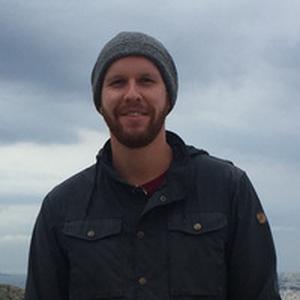 I grew up in Victoria, BC, Canada and attended the University of Victoria for my undergraduate degree before receiving an MA in Ancient History from McGill University. I then moved to the US and earned my PhD from the University of Pennsylvania (2013-2020) with my dissertation, "The Achaian Koinon: An Economic History." During the course of my doctoral studies, I was lucky enough to be able to spend two years (2016-2018) in Athens conducting research at the American School of Classical Studies. I will be serving as Leventis Senior Research Fellow at St Andrews until 2022.

I am an ancient historian of the Greek world especially interested in environmental, economic, and social developments in the Hellenistic period. The primary focus of my work is on the interplay between the myriad ecological and economic forces that impacted ancient people’s lives, from climate and disease to money and law. To illuminate such interactions, I integrate highly varied evidence types, including environmental proxies, human and animal remains, archaeological survey, coinage, and ethnographic research, with the more traditional sources of ancient history, namely literary texts, inscriptions, and excavation archaeology.

My primary project as Leventis Senior Research Fellow is a book-length examination of the impact of climate change on Aegean societies from the end of the Bronze Age until the advent of the Roman Empire. By examining the most up-to-date environmental proxy evidence, research on the relationship between climate and agriculture, and written and archaeological evidence testifying to the perception of and responses to climate change, this project will outline the prospects and problems of studying the impact of climate change on ancient Greek societies.