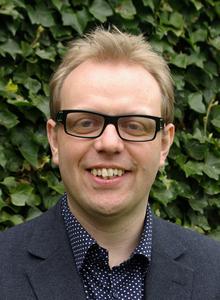 I undertook my undergraduate degree (in Classics) at Corpus Christi College, Oxford and my doctoral research on the representation of deception in Classical Athenian culture at King's College, Cambridge, completing my PhD in 1997. In 1995 I was Lecturer in Classics at the University of Reading. I was then appointed to a Junior Research Fellowship at St John's College, Cambridge (1995-8). In 1998 I became Lecturer in Greek and Classical Studies at St Andrews and I have been here ever since!  In 2003 I became a Senior Lecturer. In 2019 I became Reader in Greek and Classical Studies.    During my time at St Andrews, I have held two visiting research positions: Visiting Scholar in Classics at Wooster College, Ohio (2003) and 'Evidence Theme' Research Fellow at the Institute of Advanced Study, University of Durham (2016).

I am currently Director of the School's Centre for the Public Understanding of Greek and Roman Drama and have played a key role in using my own and my colleagues' research expertise in collaborative projects with schools, youth community arts organizations and the professional theatre. See here for one such project.  Because I have a strong commitment to schools outreach and improving access to classical subjects in state schools, I am very proud to be involved in the 'Advocating Classics Education' (ACE) project; our School is an ACE regional partner.   I also have a blog called  'Ancient and Modern Rhetoric' which is aimed at a non-specialist, general readership. In these occasional posts, I write about the relevance, and sometimes the instructive irrelevance, of the Greco-Roman world to twenty-first century politics and culture.

I contribute lectures, tutorials and seminars to a number of undergraduate and taught postgraduate modules, including the first-year introductory Classicial Studies module called 'Myth and Community in Ancient Greek Literature and Culture' and the MLitt module 'Greek Literary Culture'.  I especially enjoy teaching Homeric epic, Greek drama and anything to do with the culture, rhetoric, theory and practice of Athenian democracy.  I teach a range of Honours undergraduate modules in rotation, including: 'Leaders and Leadership in the Ancient World', 'Fame, Tradition and Narrative: Homer's Iliad' and 'Greek Theatre'.  I very recently designed and taught a new Honours Greek module called '"Satire", Sex and Society: Greek "Old Comedy"'.  This went beyond Aristophanes to also consider what survives of other (less well-known but no less brilliant) comic playwrights who were his contemporaries and predecessors. That wider picture really changes our perception of Athenian comedy's place in its society and its development as a genre.

I have supervised numerous doctoral students (all to successful completion). Two of my PhD students have just completed their theses, and I currently have one student who is working on Thucydides. I am always happy to discuss ideas for possible research areas with potential applicants.

My research interests are wide: Homeric epic; Greek tragedy and comedy; Thucydides; Athenian oratory and Greek rhetorical theory; ancient democracy and its modern legacy; the application of political science and psychology to the texts and culture of Athenian democracy; the influence of ancient drama on contemporary British theatre. I have even written about the creative 'reception' of Homer and early Greek philosophy in Terrence Malick's subversive war film The Thin Red Line.  I have published two books: Deception and Democracy in Classical Athens (Cambridge 2000) and Sophocles Ajax (London 2003). I have also published over twenty peer-reviewed journal articles and chapters in edited volumes.

Alongside a number of in-progess chapter-length projects, I am currently writing a big book called Deliberation and Decision-making from Homer to Aristotle. The book will uncover a contradiction at the heart of the Greek city-state’s approach to public and private deliberation: on the one hand, the polis prized creative, entertaining and devastating performances in verbal contests, often conflating the form of an argument with its substance; on the other, the city’s various written and performed genres exhibit the worry that insults, biased and pathological thinking, entertaining rhetoric and appeals to emotion are usurping evidence-based proof, good advice and well-reasoned argument. This ‘performance/evidence tension’ drives a cross-generic interest in what counts as intellectual virtue and responsible debate, and what are the characteristics of sound practical decision-making.  The essential thesis of the book is that internal and external challenges to the survival and success of Greek city-states gave rise to a sophisticated and varied range of reflections and analyses on the subject of deliberation and decision-making. These discussions arose in all the main genres of writing and performance associated with the archaic and classical polis. My approach promises a comprehensive account which will not be preoccupied with certain domains or types of deliberation or only one or two genres of writing.  I also argue that the ancient Greek material can both illuminate, and be illuminated by, research areas which lie beyond the disciplines of Classics and Ancient History (e.g. political psychology and 'behavioural economics'; normative accounts of deliberative democracy and agonistic democracy; virtue ethics and virtue epistemology).