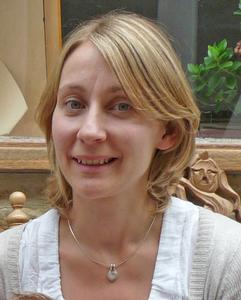 Alice teaches at all levels of undergraduate and postgraduate study, specialising in the literature and culture of the Roman Empire. Honours modules include Roman Satire and 'Classics for the Modern World: Interventions and Applications', an innovative 'living labs' module which invites students to research ways in which the study of Classics might help address pressing modern issues. She has recently developed a VIP (Vertically Integrated Project) on Visualising Peace. She particularly welcomes doctoral students interested in Nervan/Trajanic/Hadrianic literature, intertextuality/literary interactions, technical writing, ancient intellectual history, war stories/Visualising War, and 'Applied Classics'/citizen scholarship/the dialogue between academia and activism.

Her recent work has focused on the social construction of expertise in ancient and modern cultures. She has published on a range of ancient ‘technical’ treatises and is currently writing a monograph on the author and statesman, Sextus Julius Frontinus. His surviving treatises on Roman land surveying, Rome’s aqueduct network and military tactics shed important light on the currency, presentation and functioning of different kinds of knowledge in the Roman world. They also offer a valuable opportunity for us to re-examine ancient attitudes to what we today call ‘technical’ writing. In fact, her study of Frontinus’ works and their socio-political context will question traditional scholarly assumptions about genre, reading habits and the very definition of ‘literature’ itself.

Alice's work on Frontinus has led to some wider study of Flavian, Nervan, Trajanic and Hadrianic literature. In particular, she has recently led a ground-breaking project looking at literary and cultural interactions in the first-second centuries CE. Begun in 2011, the ‘Literary Interactions’ project has now produced two field-changing volumes: one (co-edited with Christopher Whitton) focused on Latin literary and socio-literary interactions, 96-138 CE; and the other (co-edited with Rebecca Langlands and James Uden) looked at cross-cultural interactions between different communities of readers and writers in the Roman empire, 96-235 CE. The aim in both volumes was to refresh intertextuality studies by experimenting with new ways of articulating and studying intertextuality, interdiscursivity and cultural interactions. Both contribute to the wider study of literary communities and cultural interaction across the Roman empire and both make significant methodological contributions to the study of intertextuality in multiple disciplines.

Alice's interest in intellectual history has been feeding into her work on Visualising War. For example, she has been writing about the ways in which ancient military manuals did not just reflect but helped to cement certain habits of thinking about generalship or military leadership. She has also been looking at the reception of Greek and Roman military treatises in the Middle Ages and the Renaissance (in the works of e.g. John of Salisbury and Christine de Pizan). She is particularly interested in tracing models of ‘strategic thinking’ as they evolve or are shaped across space and time, and she has been looking at the kinds of military expertise attributed to women in antiquity, for example in the works of Plutarch and Polyaenus.

This research has inspired a number of outreach projects. Since 2019, she has been working with professional theatre company NMT Automatics on the development of their new play, 'Tempus Fugit: Troy and Us', which fuses ancient and modern war stories to look critically at our habits of visualising male and female roles in military contexts. She has also run workshops for theatre, film and documentary makers, discussing different approaches to dramatising war on stage and screen. She has run workshops for civilians, looking at the influence of past war stories on modern understandings of conflict; and she draws directly on her research when contributing to regular training courses for British Armed Forces.

Together with colleague Nicolas Wiater, Alice recently founded the Visualising War podcast series. She has since recorded over 50 episodes, interviewing a wide range of artists, composers, theatre makers, documentary makers, game designers, museum curators, conflict photographers, journalists, strategists, serving soldiers, veterans and academics. The aim of the podcast is to explore how war stories work, in many different media, and (above all) what they do to us. Alice is particularly interested in the 'feedback loop' between narrative and reality, whereby the stories we tell reflect reality (up to a point) but also help to shape it, by influencing how we think, feel and behave.

The podcast series has led to a range of new collaborations, including with  visual artists, conflict photographers, modern military strategists and NGOs, including Never Such Innocence. Alice is currently developing a new strand of research in partnership with academics in a range of disciplines (in particular, critical security studies, peace studies, childhood studies, and futures literacy) which will look specifically at the forces that shape children's habits of visualising war, and the impact which children's voices can have in shaping how adults approach both war and peace.

In addition to the projects mentioned above, Alice has published on Vitruvius’ De Architectura; Martial, Epigrams10; Tacitus’ Agricola; Pliny the Younger’s Letters Bk 10; the Tactics of Aelianus Tacticus and Arrian; the didactics of the Latin exempla tradition; Latin military writing; and Roman civil war.

She has also pursued some pedagogic research (with Emma Buckley) on Latin language teaching, focusing particular on the student experience; and she has recently begun experimenting with a new approach to teaching Classics as an 'applied' subject, for which she has won a teaching prize.

She has contributed several times to BBC Radio 4’s In Our Time programme, and is regularly commissioned to write more ‘popular’ pieces (e.g. programme notes for the Baverian State Opera’s recent production of Handel’s Agrippina; entries for exhibition catalogues; articles for Ancient Warfare Magazine and The Scotsman).

As a member of the RSE Young Academy of Scotland Alice is involved in a range of cross-disciplinary projects that are addressing some of the most challenging issues facing society in Scotland and beyond: for example, on the principles for Responsible Debate, Human Rights and Academic Freedom, and the Future of Tertiary Education in Scotland. These projects draw on and feed into her academic research.