From lab bench to front bench

North East Fife MP Wendy Chamberlain visited the School of Physics and Astronomy on Wednesday 19 February 2020 as part of a pairing scheme run by the Royal Society, the UK's national academy of science with support from the Government Office of Science. She was shown the new, temporary biology labs (WRL) which are now fully functional after the BMS fire and given a tour of some of the exciting experimental physics here. 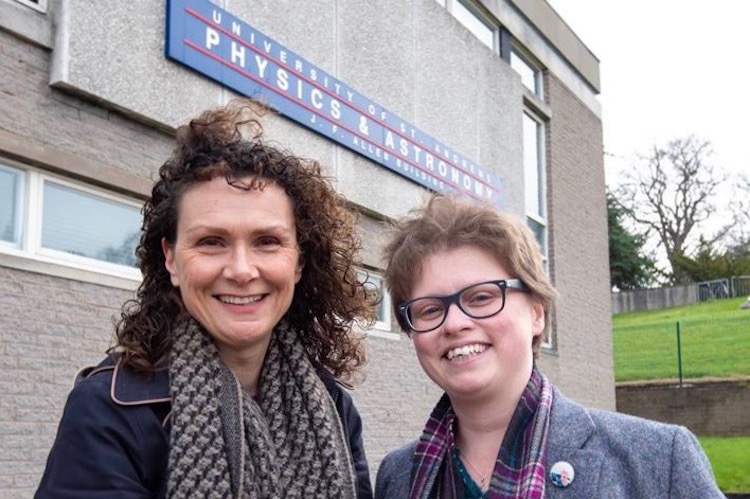 Next month, Dr Janet Lovett, a lecturer in the School, will swap the lab bench for the front bench when she spends a week shadowing Wendy at Westminster. Janet's visit to London in the first week of March 2020 will provide a behind-the-scenes insight into how policy is formed and how her research can be used to make evidence-based decisions. The scheme also aims to give MPs the opportunity to investigate the science behind their decisions and improve their access to scientific evidence.

Find out further information about the Royal Society pairing scheme as well as case studies.

Updates on the week at Westminster can be found on Janet's Twitter account (1 Mar 2020) on the JEL EPR Spectroscopy group page.