Students on our BSc and MPhys degree programmes undertake a major project in their final year, often working with members of our research teams. For this pandemic-affected session most of the project work was done from home, though a few physics students were in our research labs for their experimental work. Students write a project report, then present their work to an examining panel, followed by a questions and answer session. The standard of the project work remained high this year, despite the restrictions caused by the pandemic. The highest graded project students recently attended an online prize-giving session. 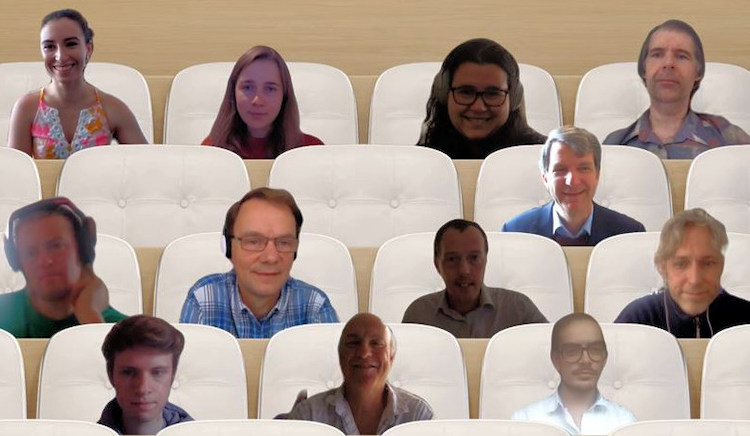 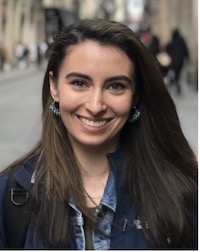 Kate created a simulation of the light absorption and charge transport in solar cells to determine the efficiency of different solar cell configurations. This can be used to predict how specific solar cell designs can be improved, and to compare the performance of different device structures. The hope is that this code will be used to guide future solar cell fabrication. Her project was supervised by Prof Ifor Samuel and Dr Jonathan Harwell. 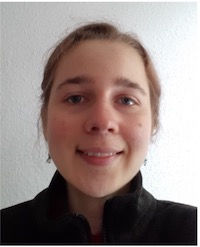 Leoni's project consisted of predicting the molecular compositions of planetary atmospheres in chemical equilibrium. Her work concentrated on the low temperature limit 100 K – 600 K where the composition can be predicted from the individual element abundances alone. Such work had been published in 2020 by Woitke et al. (1) for atmospheres containing the elements hydrogen, carbon, oxygen and nitrogen. Leoni added the element sulphur into the calculations and found a much larger variety of presiding molecules. Hence, she was able to classify atmospheres of various sulphur contents into atmospheric types depending on the sorts of molecules that formed.  Her project was supervised by Dr Peter Woitke.
(1) Woitke P, et al,  Coexistence of CH4, CO2 and H2O in exoplanet atmospheres, 2020, Astronomy and Astrophysics, doi: 10.1051/0004-6361/202038870. 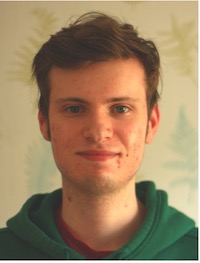 Callum tells us: "When looking at the large-scale structure of the universe we see that galaxies are distributed into this web-like structure of dense nodes connected by filaments and separated by vast voids. My project aimed to discover if the metallicity (fraction of the nuclei that are heavier than helium) of the gas in galaxies is dependent on their position in this cosmic web using both observations and simulations. My results showed that galaxies closer to nodes had a higher gas metallicity on average than those distant from these features indicating that the cosmic web plays a role in the regulation of the metal content of gas in galaxies."  His project was supervised by Dr Rita Tojeiro. 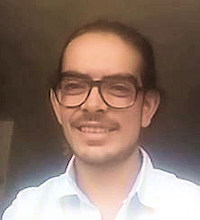 Andres' project involved studying how the motion of a bowed string changes when the damping characteristics of the string and the energy losses into the body are modified. To produce the familiar sound of a violin, the string must be oscillating in so-called 'Helmholtz motion', and whether this motion occurs or not (for example, when a 'scratchy' sound is produced) depends primarily on two things: the downwards force that the bow exerts on the string and the position at which bowing occurs. He investigated how often Helmholtz motion occurred when these two parameters were changed, with different damping characteristics, using a simulation of a bowed string. It was found that greater damping generally increased the likelihood of musical Helmholtz motion, particularly when damping was present at the nut rather than at the bridge. Additionally, an expression for the losses induced when a layer of winding is wrapped around the string's core such that they rub together was calculated. This loss was shown to be non-linear and to have a particularly large effect on high harmonics oscillating with small amplitudes, when compared to the losses present in a solid core alone. His project work was supervised by Dr Jonathan Kemp.