All our undergraduate degree students do a major project in their final year, often working with one of our research teams.  For most BSc students this is half time for their final semester, and for integrated masters students this is full time for the final semester. The 2019-2020 session had the major issue of COVID-19 interrupting project work from the time of Spring Break. However, projects carried on with remote supervision and assessment, and many students showed great achievement. The School was delighted to host an online celebration of the highest achieving project students who each received a prize for their work. 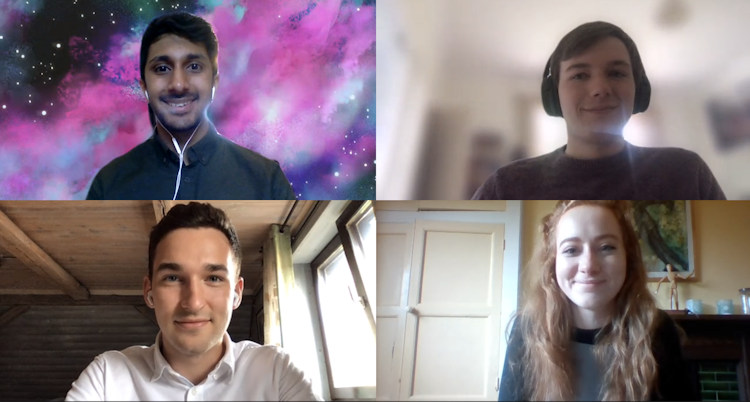 Some of the project prize winners. 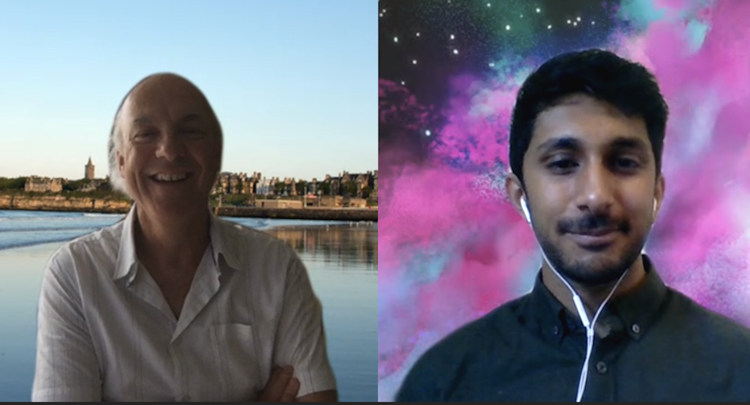 The prize for the best BSc Astrophysics project was presented by Head of School Prof Ian Bonnell (left) to Manraj Sanghera.  Manraj modelled the clouds in the atmosphere of Venus. He used data from Soviet-era probes on the abundances of different elements in the atmosphere. Small differences in abundances took the predictions from a cloud-free outcome to an outcome that predicts sulphuric acid clouds and a weather cycle reminiscent of observations of the planet. His work was supervised by Dr Peter Woitke. 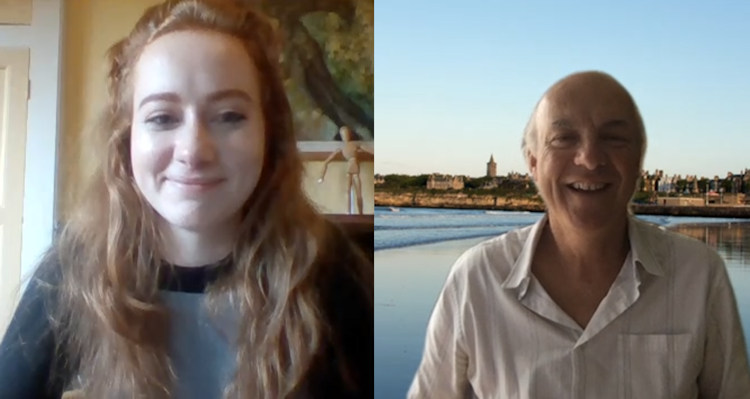 The prize for the best MPhys Astrophysics project was presented by Prof Bonnell to Kate Gould. Kate's work involved analysing the shape and structure of relatively nearby galaxies, during which she found that roughly 40% of galaxies which had recently had a burst of star formation, known as post-starburst galaxies, had also undergone a recent merger. She did this by measuring the shape asymmetry of galaxies to ascertain whether they had faint tidal structures indicative of merger activity.  Kate's work was supervised by Drs Vivienne Wild and Rita Tojeiro.

Alexander Samson won the prize for the best BSc Physics project. He worked with Dr Donatella Cassettari's research group that explores the physics of groups of very cold atoms. He explored the way in which atoms in a Bose Einstein condensate move when they are in an "optical trap" formed by a ring of laser light. He found that it is possible to use phase imprint from the light to the atoms to generate vortex-antivortex superposition states, which are relevant for atom-based rotation sensors.

He modelled the collective behaviour of atoms in a Bose-Einstein condensate when they are trapped in a ring and set into a superposition of motions by laser light. By drawing from several fields of physics including cold atoms, computer-generated holography and interferometry he engineered a robust setup capable of measuring small rotations. 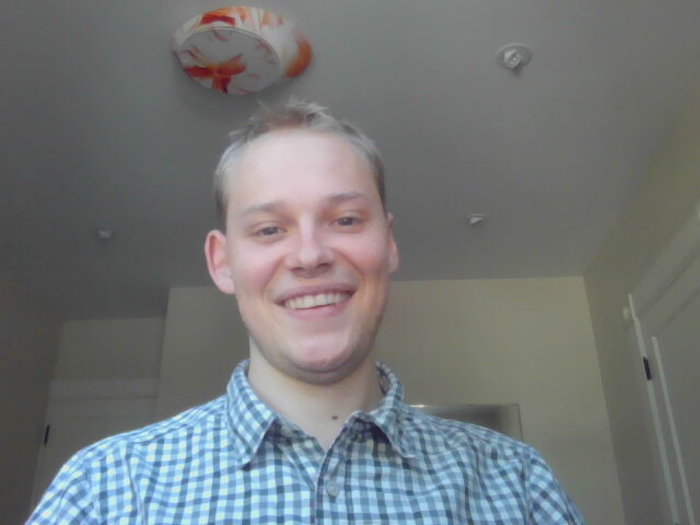 Oskar Leimkuhler won the prize for the best project in MPhys Physics for his work on the quantum thermodynamics in the strong coupling regime. His project work was on quantum thermodynamics in the regime of strong coupling between a quantum system and external heat baths. The work demonstrated the way in which the power output and efficiency of a quantum thermodynamic cycle was affected by non time-local effects when coupled to baths with a highly structured spectral density, by application of the novel Time-Evolving Matrix Product Operator method which has been developed here in St Andrews. His research was jointly supervised  by Drs Jonathan Keeling and Brendon Lovett. 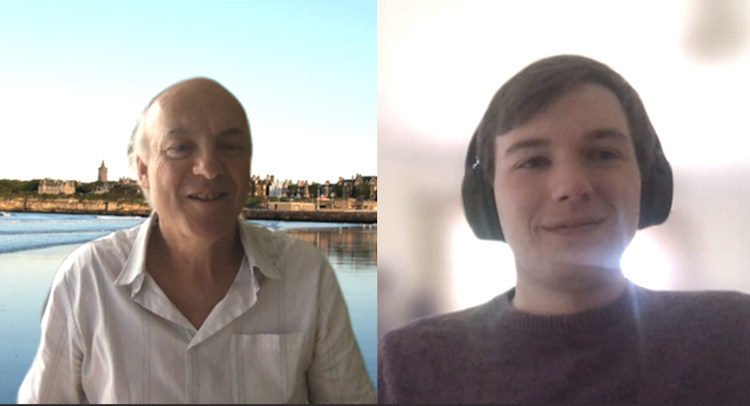 The prize for the best project in Theoretical Physics was awarded to Cailean Wilkinson for his work in quantum information.  His research was jointly supervised by Prof Natalia Korolkova and Dr Matthew Thornton. He looked at the physics of what is needed for secure sharing of quantum states. He says: "My project was about a quantum information processing task called Quantum State Sharing where the information describing a single quantum state can be split between three people in such a way that the original state can only be reconstructed if two of them work together. I was looking at what sort of pre-existing entanglement structures are needed between the three participants to make this setup 'provably secure'". 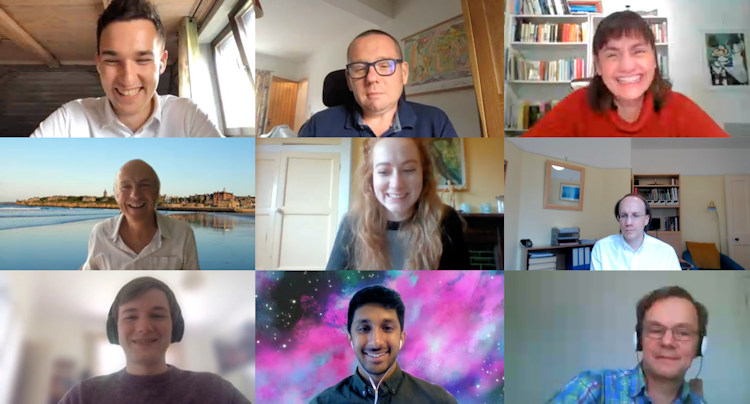 Our picture shows some of the prize winners, some of the supervisors, and some of those involved with organising the project modules.

The School sends its congratulations to all of the recent graduates.