Our first degree students all carry out a major project in their final year. Often they work in our School's research labs. Some of the projects can lead to publications in the refereed scientific literature.

Towards the end of term we hold a poster session where students present their work to each other, local staff, and external examiners. Students then submit a project report and give an oral presentation to their examining committee. 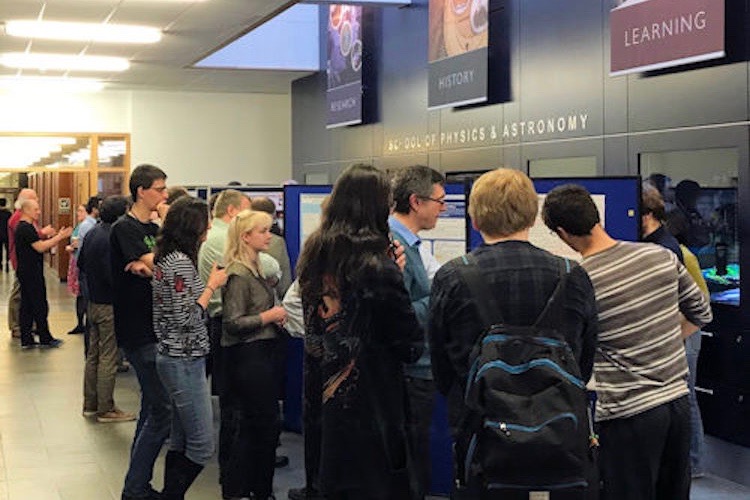 There are prizes for the best posters and for the best outcomes of the projects. These prizes were awarded by Head of School Prof Graham Turnbull at a short ceremony before graduation. 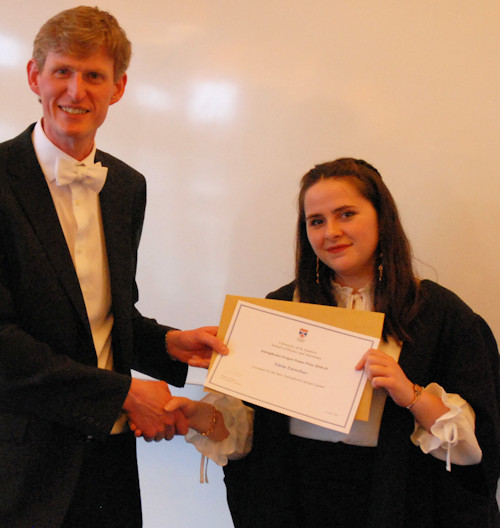 The prize for the best poster for astrophysics was awarded to Nikita Earnshaw for her poster on "The thermodynamics of star formation", supervised by Ian Bonnell. 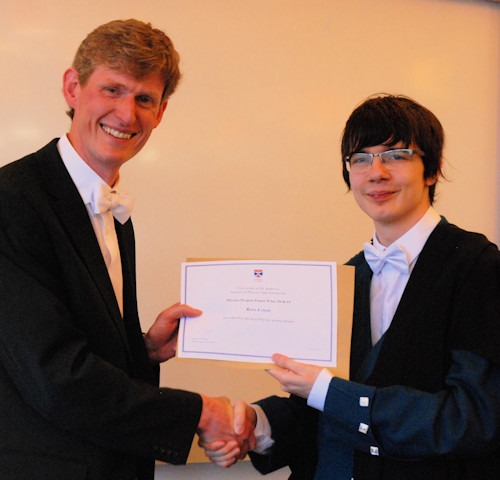 Ross Cowie received the prize for the best poster for experimental physics, for his poster on "Quantifying forces within 3D cellular aggregates via use of deformable whispering gallery mode laser cavities". His work was supervised by Malte Gather and Marcel Schubert. 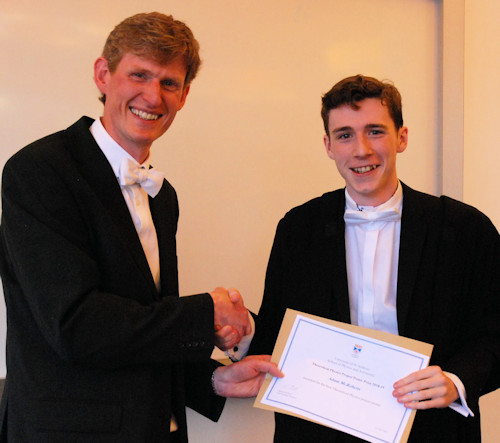 The prize for the best poster for theoretical physics went to Adam McRoberts for his work on "A bosonisation approach to transport in disordered spin chains", which was supervised by Bernd Braunecker and Chris Hooley. 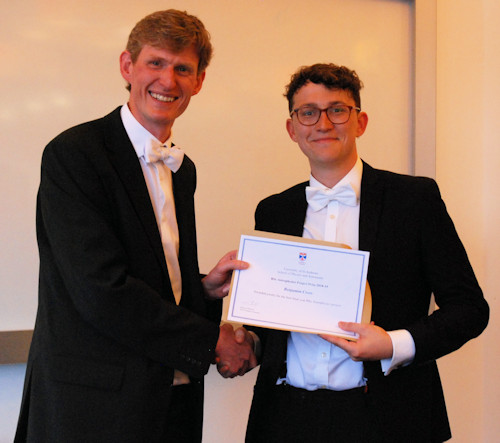 The Astrophysics BSc project prize was shared. One half was to Ben Cross for his project on "The impact of disk accretion on cloud formation in atmospheres of brown dwarfs and young giant gas planets", supervised by Christiane Helling. 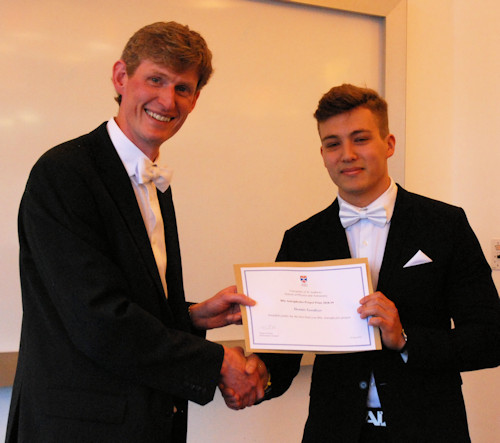 One half of the BSc astrophysics prize was to Dennis Goodtzov for his work on "Shells as galactic potential traces in MOND", supervised by Hongsheng Zhao. 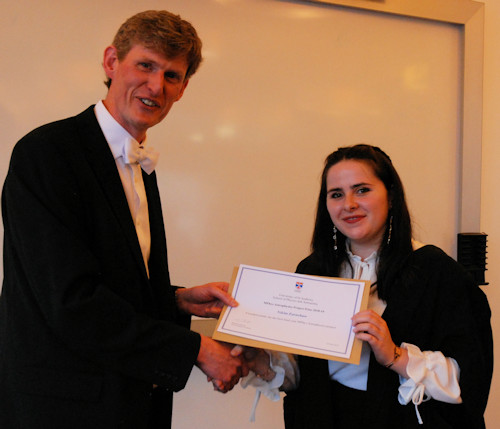 The Astrophysics MPhys project prize was shared. One part went to Nikita Earnshaw for her work supervised by Ian Bonnell on the Thermodynamics of star formation. 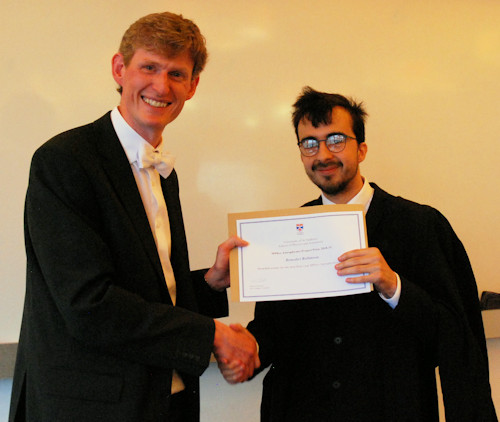 One part of the Astrophysics MPhys project prize was awarded to Benedict Robinson for his work on "Planetary mass objects in young stellar clusters", supervised by Ian Bonnell. 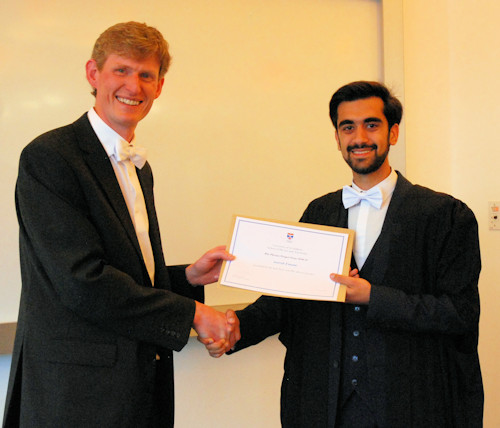 The BSc physics project prize was awarded to Amir Ali Emami for his work on "Using machine learning on radar and spectroscopy data to distinguish white powders", supervised by Graham Smith and David Harris-Birtill. 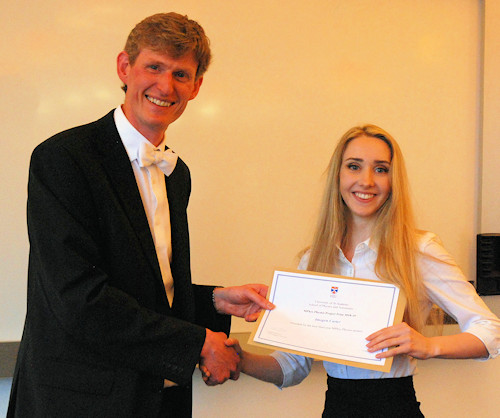 Imogen Carter won the prize for the best MPhys project, which was on "Documenting student difficulties in electromagnetism using the CURrENT Assessment", supervised by Charles Baily. 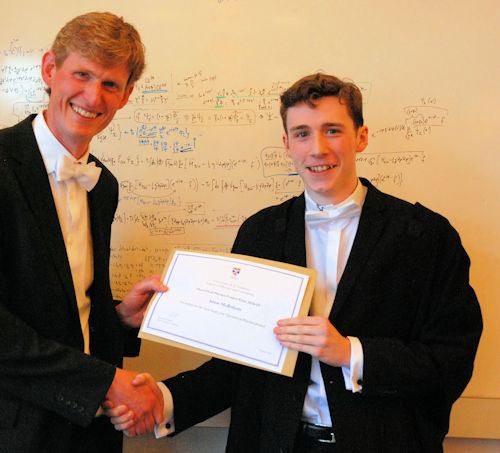 We send congratulations to all our project students for the successful completion of their projects.