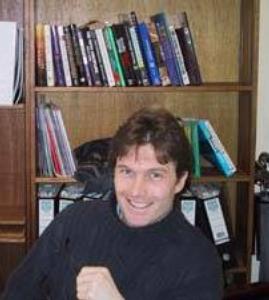 Brad MacKay is Professor of Strategy in the University of St Andrews School of Management. Formerly, he held a Chair in Strategic Management at the University of Edinburgh Business School, where he was also Director of Engagement (Associate Dean) on the Executive (2014-2016), Head of the Strategy and International Business Group (2011-2014), and Director of the MBA programmes (2009-2011). He also held an ESRC (Economic and Social Research Council) Senior Fellowship in the Future of the UK and Scotland program (2013-2014). He earned a BA in International Development Studies from Dalhousie University, in Halifax, Canada, an MLitt (Distinction) in Management, Economics and Politics (MEP) and a PhD in Strategy from the University of St Andrews, Scotland. He is also a Fellow of the Royal Society of Arts (FRSA).

Brad is Vice-Principal (International Strategy and External Relations) in the Principal's Office of the University.

?He was recently appointed by the ESRC (Economic Social Research Council) as a Senior Fellow for the Scotland Analysis, to investigate the impact of the independence debate in Scotland and the United Kingdom on business decision-making. He has published in a range of scholarly journals including the Academy of Management Journal, Organization Studies, Human Relations, the European Management Review, Futures, International Studies of Management and Organization, Management and Organization History, and Technological Forecasting and Social Change. He is also co-editor of the Edward Elgar Handbook of Research on Strategy and Foresight (2009).

His research is interdisciplinary in nature, importing sensibilities from economics, history, philosophy, psychology and sociology for the purpose of better understanding the mechanisms underpinning wealth creation. He is also a co-founder of the Strategic Foresight Special Interest Group (SIG) of the British Academy of Management, of which he served as its Chairperson between 2003 and 2007. His research has been widely covered in the press, including the Financial Times and Wall Street Journal. He is a regular commentator on business related issues in the media.