What makes a book "rare"?

The rare books collection includes over 200,000 printed books ranging in date from the 15th to 21st centuries. Like many other institutional collections, much of the stock is in the form of smaller collections of individuals or groups who have given or sold their books to St Andrews over time.

The entire collection now holds treasures such as:

What is the criteria for deciding that a book is rare?

The rare books collection today is comprised of material that has been purchased, donated or transferred from Library stock which meets six standard criteria:

Any book donated, purchased or transferred from the University Library’s collections and printed before 1860 is considered a 'rare' book. Most libraries impose a general cut-off date which corresponds with the industrialisation of the printing press (i.e. a move from hand-press to steam- or power-press). The cut-off date chosen by St Andrews is about 15 years after the invention of the steam-powered rotary press (the first that was able to produce hundreds of thousands of copies of a page per day) and therefore allows the rare books collection to include books from the beginnings of the industrial period.

There are also examples of printing from geographic regions in which printing was introduced at a later date. For example:

In addition, the importance of the age of an object is relative to the development of the discipline it documents. For example, special collections that focus on modern science or medicine collect twentieth-century journals containing seminal research articles in those fields.

Collectable first editions or seminal or important works in their fields of study. The Library checks that further editions of a work are available for the general circulating collection. Because of the collectability of these early editions and their potential market value, they are more suited for the secure environment of special collections.

Scarcity in other research libraries

If a book is donated, purchased or found on the library’s shelves and was printed after 1860, the next criterion to consider is how scarce it is in other research libraries regionally, nationally and internationally. If a book is found to be scarce (five copies or fewer) and matches the other criteria, then it may be considered ‘rare’.

If a book is ordered, donated or found to be worth over a pre-determined market value, then it may be considered for transfer to the rare books collection.

Physical and intrinsic characteristics and condition

Careful consideration is given to books donated, purchased or found on the library shelves which have a physical connection to someone important or a special occasion. These books, treated as physical artefacts, help tell the story of the University of St Andrews and so are transferred to the rare books collections.

If a book is a portfolio of loose plates or has the potential of pieces being easily removed if circulated, then transfer to rare books will be considered.

Reference works and journals may be transferred especially if reprint editions are available to replace them on the open shelves. Examples of particularly relevant documents include:

'Rare' or 'special' books have been identified and kept separate from the Library stacks since the 17th century. When the collection of Archdeacon of St Andrews William Moore was bequeathed to St Salvators in 1681 it was kept separate from the college’s general library stock and catalogued separately in 1684, and then inventoried in 1692 and 1744 (380 books).

Several other collections were defined as “special” when the entire University Library was reclassified in 1925, including the collections of Von Hugel, Donaldson and J.D. Forbes. 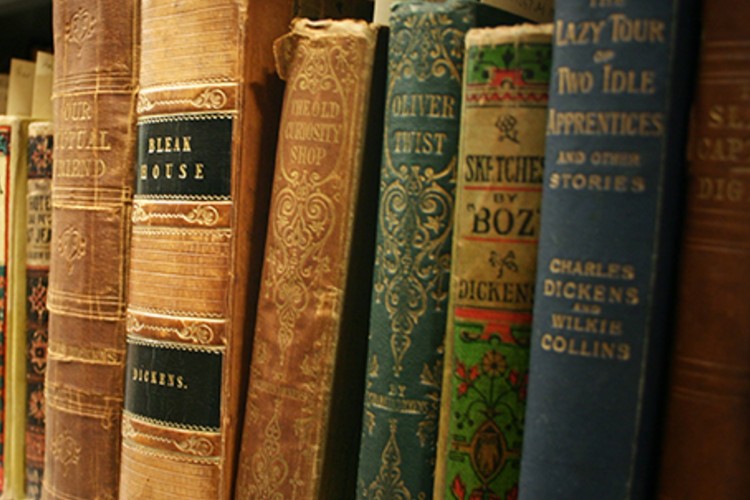