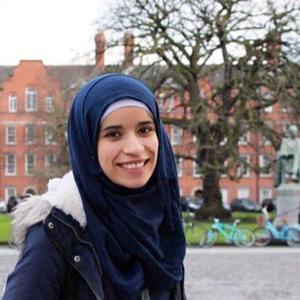 Malaka joined the School of International Relations in January 2020. She was awarded her PhD in Middle East Politics, with no corrections, from the University of Exeter in 2019.

Malaka has previously taught at the University of Leeds and the University of Exeter. She has gained her Master’s from the University of Sheffield in Global Politics and Law (2014) and has a diploma in Peace Studies and Counter Extremism from Adyan Institute in Lebanon (2016). She was recently awarded a fellowship at the American Political Science Association (APSA) and has multilingual skills in Arabic, Persian and Hebrew.

Geographically, her expertise is strongest in the Levant. She has also researched oral history in Palestine and refugeeism, peacebuilding, and displacement in the Arab region. Her research also examines the dynamics of prison hunger strikes, offers a typology of their forms and motives, and weighs the factors that affect their success or effectiveness. It draws on hunger strikes in world contexts, including England (the suffragette movement), Northern Ireland, and Turkey. It develops and revises theories of resistance, feminist theories of embodiment and subjection while also contributing a gender studies perspective often missing from the literature on resistance.

I have supervised research projects on: