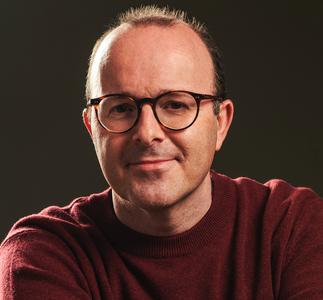 Dr Diego Muro is a Senior Lecturer in International Relations and joined the Handa Centre for the Study of Terrorism and Political Violence (CSTPV) in September 2016. Prior to joining CSTPV he was Assistant Professor in Comparative Politics at the Universitat Pompeu Fabra (UPF-IBEI) and Associate Professor (tenured) in European Studies at King?s College, London. He has also been Senior Fellow at the University of Oxford, Max Weber postdoctoral fellow at the European University Institute (EUI) and visiting fellow at the Centre for International Studies at the London School of Economics and Political Science (LSE).

He holds a PhD in Political Science from LSE (2004), a Masters degree in EU Politics from the University of Sussex (1999) and a BA in Politics from the Autonomous University of Barcelona (1998). Trained as a political scientist, he has maintained an involvement in politics, sociology and IR, working usually within interdisciplinary academic units, and practicing empirical approaches and critical enquiry from political and sociological perspectives.

He is the author of Ethnicity and Violence: The Case of Radical Basque Nationalism (Routledge, 2008), Politics and Memory of the Transition: The Spanish Model (Routledge, 2011), ETA's Terrorist Campaign: From Violence to Politics, 1968-1975 (Routledge, 2017) and When Does Terrorism Work? (Routledge, 2018).