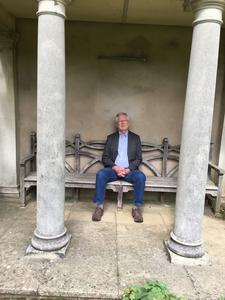 My main interests lie in the following areas of the study of international relations:

-  A strong interest in the ways in which France has related to the 'Anglo-Saxon' powers since 1900. I am writing a two volume study about the relationship between France, Britain and the United States in the past hundred years and have published Volume 1 (Palgrave - Macmillan, July 2014)and Vol 2 (1940 - 61). This is in addition to a number of articles (see Bibliography).

- The ways in which the global order has evolved over the past century, and in particular how that order has been developed under the leadership of the United States and, to a lesser but still important extent, the U.K.

- The principle ways in which the international community, led by the liberal democratic Powers, has developed methods of dealing with the aftermath of major wars. In particular I am interested in the ways that such notions and practices as 'reconstruction' have evolved.

- The culture and practices involved in the practical and theoretical issues surrounding international conflict resolution and transformation. My main hands-on experiences have been in Eastern Europe since the end of the Cold War, and especially in Moldova, but also in Eritrea. My book (with Roger Mac Ginty) on 'Conflict and Development', was published by Taylor and Francis Routledge in April 2009.A second edition has been published (2016).