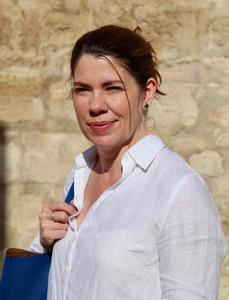 I work on France between the thirteenth and fifteenth centuries, covering the period of the Capetian and Valois monarchies, the Hundred Years War (1337-1454), and the Black Death (1348-50). Within that space and place, my work focuses on power and politics in both institutional ways (kingship, lordship, communities) and in social relationships and interactions, like wars, revolts, and lawsuits.

My first book, Violence and the State in Languedoc, 1250-1400, published by Cambridge in 2014, was about how the royal French state dealt with the wars waged by nobles and other powerful people against one another. I found that rather than trying to impose a 'monopoly on legitimate violence' in the manner of modern states, the kings and their officers rather worked to mediate these conflicts and bring the parties to a peaceful settlement. By doing this, the crown increased its authority considerably, but as much through cooperative engagement with local power as through coercion.

My second book, The Jacquerie Revolt of 1358, will be published by Oxford in 2021. This book is about is about one of the most famous and enigmatic rural uprisings of the Middle Ages. In May 1358, the villagers of the countryside near Paris took up arms against the northern French nobility. Over the next month, they destroyed dozens of castles and manor houses, pillaging their possessions, and killing a good number of their inhabitants. Based on extensive archival research and newly-discovered sources, the book demonstrates that the rural revolt was partly the result of coordination with Parisians and other urban rebels, but also revealed long-term socio-economic tensions between peasants and nobles. I argue that the revolt must be understood as a process, which unfolded over time in dynamic relation to contexts and circumstances, as well as ‘a thing’ to which observers later ascribed meaning.