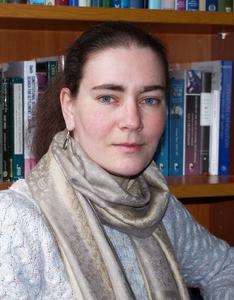 I read history as an undergraduate at Cambridge and went on to Masters and doctoral work there, followed by a college lectureship, before moving to St Andrews in 2011.  Since coming to St Andrews, I have been acting Director of the Reformation Studies Institute (2013-14), Associate Director of the Institute of Intellectual History (2013-), Chair of the Modern History Degree Committee/Department (2016-18) and Director of Postgraduate Research (2018-).  Beyond St Andrews, I am a member of the Editorial Boards of the Clarendon Edition of the Works of John Locke (based at Oxford University Press), of the journals The Seventeenth Century and History of European Ideas, and served on the Committee of the Ecclesiastical History Society (2014-17), becoming its Secretary in 2020.

At sub-honours level I have taught on MO1007 (The Early Modern Western World, c.1450-1750), M02008 (Scotland, Britain and Empire, 1500-2000), and HI2001 (History as a Discipline).  My honours level courses include MO3045 (The Tudors: Power and Piety in Sixteenth Century England), MO3113 (Stuart Rule and Revolution, 1603-1689), and MO4967 (Elizabethan England: Politics, Religion, and Personalities, 1558-1603).  At Masters level I contribute to the MLitts in Early Modern History, Intellectual History, and Reformation Studies, and have supervised students working on M.Litt. programmes in The Book; Legal and Constitutional Research, and Scottish History.  I have also supervised doctoral students working on sixteenth and seventeenth century British history.  Undergraduate or postgraduate students interested in working on English political, religious, or intellectual history from c.1500 to c.1700 are welcome to contact me.

My research and teaching range broadly across early modern British history, focusing on the political, religious, and intellectual history of the period.  In particular, my research explores the ideas and practices of Tudor and Stuart monarchy and the Church of England during the ‘Long Reformation’ from the 1530s to c.1700.  This was an era of political turmoil from the advent of the Tudor dynasty in 1485, the politics of royal minority and queenship, through to the dynastic union of the Three Kingdoms of the seventeenth century, their wars of the 1640s and the Revolution of 1688-9.  It was also an age of religious upheaval: the downfall of the late medieval church, the Tudor Reformations and their fragmentation into religious diversity and early arguments for religious toleration in the seventeenth century.  My first book explored the relationship between the monarchy and the Church of England in the later seventeenth century; my current project is a study of ideas of political counsel and concepts of kingship, set in a longer context of political advice through time.  A volume, co-edited with Colin Kidd, on Political Advice: Past, Present, and Future, will be published in early 2021.