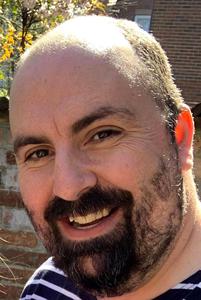 I had a varied career before joining academia, working as a baker, event producer, financial reporter, and foreign correspondent in the PRC before completing my degree in history at Columbia University. I received my doctorate from Princeton University in 2018 to become the inaugural Career Development Fellow in the Global History of Capitalism at Brasenose College, Oxford. Before joining the School of History, I was a Sawyer Fellow at the New School for Social Research in New York City, working on the project Currency and Empire: Race, Monetary Policy and Power.

My research has appeared in Past & Present, The Journal of American History, Law & Social Inquiry, and L’Atelier du Centre de recherches historiques.

I would be happy to supervise MA and PhD dissertations on Early America, the History of Capitalism, transnational Economic History, Global History, and the History of Money.

Outside of the university, I enjoy walking up mountains in the Highlands, freediving for lobster off of Boarhills (more of an aspiration than a reality, just yet), and flying kites at East Sands with my two children.