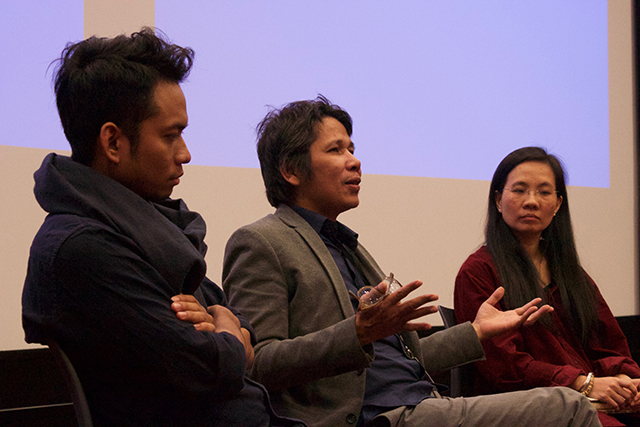 The Southeast Asian Cinemas Research Network confronts the challenges, and creative opportunities, that result from state censorship and from the lack of investment in film training and education. The network is led by Dr Philippa Lovatt and is an international collaborative research project involving independent filmmakers, curators, archivists, film activists and educators based in the region.

The network has organised capacity building events and film screenings, for example:

The network builds on and consolidates relationships across Vietnam, Myanmar, Cambodia, Indonesia, the Philippines, Thailand, Malaysia and internationally in collaboration with the Association of Southeast Asian Cinemas.

It has created opportunities for international networking and the exhibition of practitioners’ work at film festivals (in partnership with Day for Night Distribution based in the UK). It has also provided access to training, including sound recording workshops in Hanoi led by Ernst Karel, Harvard Sensory Ethnography Lab.

Participants at these events have included practitioners from the following independent organisations:

The network was initially funded by the AHRC.