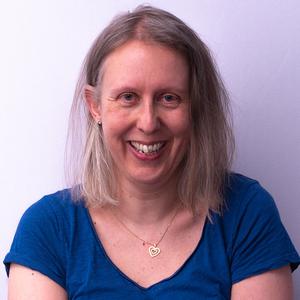 Having received my BA and MA from Leeds and my PhD from Cambridge (Department of Anglo-Saxon, Norse and Celtic, Emmanuel College), I held a British Academy Postdoctoral Fellowship at Corpus Christi College, Oxford, and taught at the University of Birmingham, before joining the staff at St Andrews in 2002.

I am a medievalist and Anglo-Saxonist (in the widest sense a literary historian) with a particular interest in multi-discplinary work. My research has mainly concentrated on the relationship of Old English literature with Continental, Celtic and Scandinavian cultures and Latin literature (classical, patristic and medieval). I am also interested in the history of the English language, with particular focus on vocabulary. My most recent research project focuses on the literary history of early Mercia and the earliest English prose.

I have supervised doctoral theses on infernal imagery in Old English literature, the language of Anglo-Saxon sanction clauses, death imagery in Anglo-Saxon hagiography, versions of the Bible, and exegetical traditions in Anglo-Saxon England. My students have received the George Buchanan Scholarship, the Ewan and Christine Brown Postgraduate Scholarship in the Arts and Humanities, the SGSAH AHRC Doctoral Training Partnership Studentship, the Fulbright Scholarship, and other funding. I would welcome applications (or informal enquiries) regarding doctoral work on any aspect of Old English language and literature, Anglo-Latin literature, the history of the English language, early medieval source study, early English hagiography, and the literary history of Mercia.

I regularly teach on the following modules:

And for background, here an interview from 2019.