It's not always easy to see the reason behind the names of buildings, but with Castlecliffe, located on the cliffs beside the St Andrews Castle, the only doubtful point is the final "E". It is a magnificent location, with views onto the castle, out to sea, and over towards the West Sands and the hills in the distance. If you see economists carrying field-glasses to work, it is not in order to scan the horizon for the next recession, but to look at the heron or the eider, or if they are lucky, the kingfisher on the rocks or the dolphins out in the bay.

To the west of the house is a wide expanse of green, which has so far resisted the town's endless demands for parking space. This lawn is skirted on its north and west sides by a curving red-brick wall, with a few old pear trees that still in good years scatter small, hard pears on the ground. 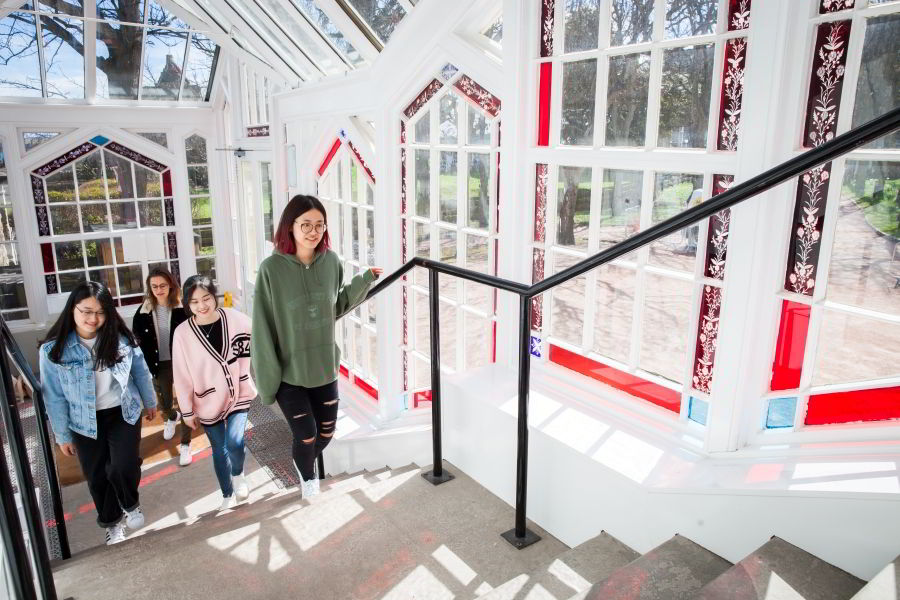 Although Castlecliffe's main feature is its location, it is in its own right an attractive building. What everyone notices first is the glass-covered staircase. On sunny days this makes entering the building somewhat alarming, as you wonder whether you will reach the top stair without being overcome by the heat. The light shining through the coloured glass onto the stone steps is some consolation, however.

The two principal teaching rooms are dominated by their windows and the view, but in what was the drawing room there are things worth looking at inside, as well as out. There is a mirror occupying most of one wall, which gives a fine impression of spaciousness, although for the comfort of lecturers standing at the opposite end of the room, the glass is partly covered up. The fireplace is decorated with pink and white Dutch tiles, with the usual pictures of sailing-boats, windmills and country life. 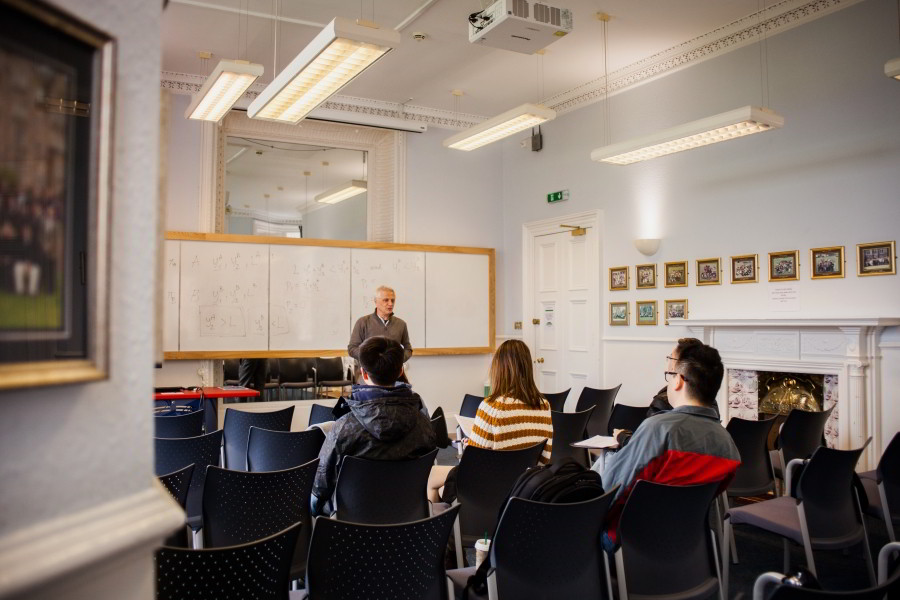 According to the Crawford Arts Centre's excellent publication, Building for a new age: the architects of Victorian and Edwardian St Andrews, edited by John Frew, Castlecliffe was designed by leading Victorian architect David Bryce of Edinburgh, and built in 1869 for Thomas Purdie. Purdie was a benefactor of the University whose bust can be seen in the Irvine Building.

The building passed into the hands of St Leonard's School, and for years it was a boarding house. The rumour is that the vicious brass studs on the bannisters are a legacy of that time. Late at night, as the wind howls through the building, one imagines the poor little children trying to keep warm and frightening each other with stories of ghosts. When the University first acquired the building it was shared by the Department of Spanish and part of the School of English, and one still comes across people who are surprised to learn that the Spaniards are no longer in possession.

There is a legend that the late Douglas Gifford, whose hospitality was famous, had a mouse that visited his room and was fed on the best biscuits. Following extensive and costly renovations, the School of Economics and Finance moved into the building in 1994. It will never be an easy building to find your way around, but the present occupants have improved matters by putting up signs and notices. 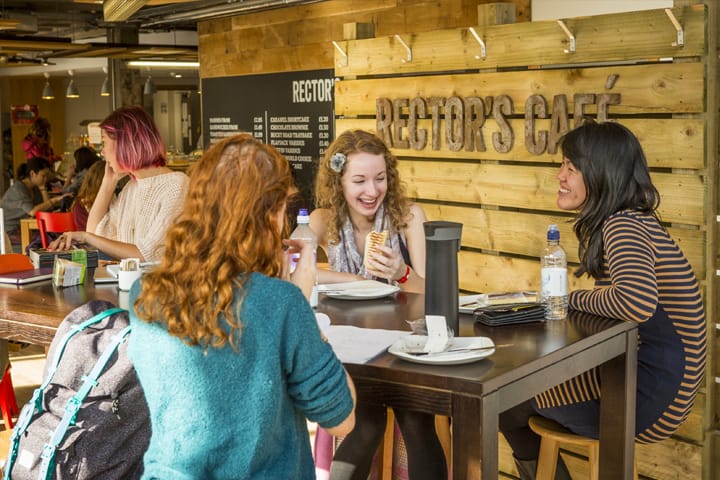