Carnegie Corporation of New York was established by Andrew Carnegie in 1911 “to promote the advancement and diffusion of knowledge and understanding”, a mission it continues to fulfil today by funding major programmes that further education, democracy and international peace.

To celebrate its centenary, the Corporation is funding a ten-year programme of public lectures at Scotland’s ancient universities: St Andrews, Aberdeen, Edinburgh and Glasgow. The programme will bring some of the world’s most important thinkers in the fields of the arts, sciences, education and international affairs to Scotland to engage with local audiences in a vibrant exchange of knowledge and ideas.

The University of St Andrews is grateful that Carnegie Corporation’s generous funding of this lecture series is allowing the University to open a new chapter in its long-standing relationship with Andrew Carnegie and the values he promoted.

Andrew Carnegie (1835-1919) was not only one of the world’s greatest industrialists, but he was also one of the most prolific and influential philanthropists of the modern age. Appreciating that the accumulation of great wealth brought its own responsibilities, he sought to discharge those responsibilities by using his money for the social good. He was a passionate advocate of education and funded the creation of public libraries throughout the United States and around the world, allowing free access to knowledge and ideas that would encourage social and educational advancement for all. He also devoted time and money to initiatives that supported the arts, scientific research, world peace and the promotion of democracy.

Andrew Carnegie, who was born in Fife, was elected Rector of Scotland’s first university, St Andrews, in 1901, a position he held until 1907. At his rectoral installation in 1902, Andrew Carnegie spoke of his very great affection for St Andrews, “I am hereafter one more St Andrews man who will proclaim the indefinable charm under whose potent spell I now stand before you.” His affection manifested itself not just in his representation of the student body in his role of Rector, but in a number of very generous donations that he made to the University, including funds for a gymnasium, playing fields and an extension to the library. His foresight provided firm foundations on which the University’s success of the last 100 years has been built. 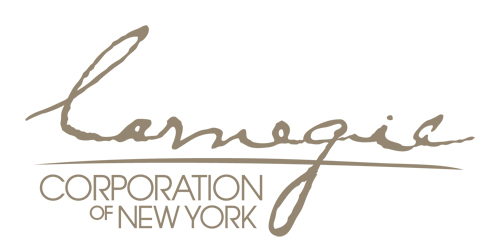