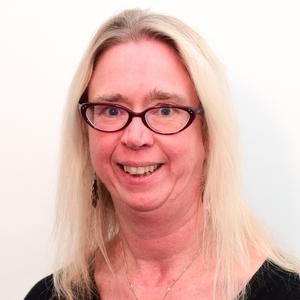 Dr Tanja van Mourik is a computational chemist in the School of Chemistry. She joined St Andrews as a Royal Society Research Fellow in 2006. She was appointed Senior Lecturer in 2008 and Reader in 2014.

After obtaining her PhD in 1994 (Utrecht, the Netherlands), she spent three years as a Postdoctoral Research Associate (PDRA) at the Pacific Northwest National Laboratory in Richland (USA) and worked three years as a PDRA at University College London (UCL). She was awarded a Royal Society University Research Fellowship in Oct 2000, which she took up at UCL and relocated to St Andrews in April 2006. She was admitted as a Fellow of the Royal Society of Chemistry in 2013. She is currently Secretary of the EuChemS Division of Computational Chemistry. She is the Equality & Diversity Officer and Athena SWAN coordinator in the School of Chemistry, which holds a Silver Athena Bronze Award. Her research interests include the application of quantum chemical methods to study the properties of molecules, specifically those of biological interest. She has over 100 publications in the field.

The area of computational quantum chemistry has developed drastically over the last decades, due to both increased computer power and the efficient implementation of quantum chemical methods in readily available computer programs. Because of this, accurate computational techniques can now be applied to much larger systems than before, bringing the area of biochemistry within the scope of electronic structure quantum chemistry (ab initio methods and density functional theory).

Research in the Van Mourik group focuses on studying molecules of biological interest using accurate quantum chemical methods. Current research areas include the conformation of flexible biomolecules, the calculation of spectroscopic (infrared and nuclear magnetic resonance) properties, solvation effects and intermolecular interactions with emphasis on sigma-hole interactions.  Our research efforts also include the investigation of methodological accuracy, such as the determination of the intrinsic accuracy of methods, basis set convergence, and the elimination of methodological errors.