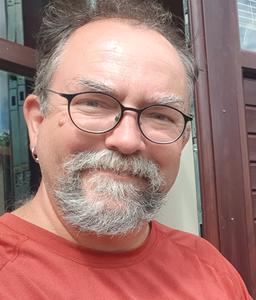 "The true biologist deals with life, with teeming boisterous life, and learns something from it, learns that the first rule of life is living"
John Steinbeck, The Log from the Sea of Cortez

I am a Reader in Biology affiliated with the Scottish Ocean Institute, Sea Mammal Research Unit, the Centre for Biological Diversity, the Centre for Social Learning and Cognitive Evolution, and the Institute of Behavioural and Neural Sciences.

I have broad research interests, largely centred around the evolution of learning, behaviour and communication, with a special focus on marine mammals.

Individuals exhibit consistent differences in behaviour and related cognitive performance. ?Cognitive styles?-based hypotheses suggest the trade-off between speed and accuracy is an important factor where an individual's behavioural traits and linked decision speeds may account for its cognitive performance. The expected relationship between accuracy and decision speed, however, is not always clear and some studies have suggested that faster individuals do not suffer the expected cost to accuracy. We trained archerfish, Toxotes chatareus, to shoot at artificial targets for food, and then conducted a visual discrimination study to test the cognitive styles hypothesis. As expected, archerfish showed repeatable differences in latency to shoot and consistently fast individuals were quicker to achieve initial learning criteria than slower individuals. Repeated tests revealed an inverse relationship between discrimination accuracy and speed, with slower individuals having greater accuracy in initial trials on each day, supporting the cognitive styles hypothesis. Taken together, our results support the hypothesis that speed?accuracy trade-offs can underlie some observed interindividual differences in cognition.

The habitat use of marine megafauna emerges from the complex interplay between access to patchy and variable food resources and several intrinsic biological factors, such as the interaction with conspecifics and offspring care, resulting in dynamic distribution patterns. In this study, we used monitoring data collected over two study periods (2003?2008 and 2012?2018) to assess the habitat use, trend in local occurrence, and change in distribution of sperm whales, Physeter macrocephalus, around the Balearic Islands (Spain), one of the few recognised breeding and feeding grounds for the ?Endangered? population in the Mediterranean Sea. Results suggest that overall the occurrence of sperm whales in the area has been increasing over time. Animals were found to associate with distinct bathymetric features, but the mechanisms generating these relationships, and the underlying oceanographic processes within this habitat, remained uncertain. Sperm whale distribution also underwent a significant shift between the two study periods, with an increased occurrence in the Mallorca channel and north of Menorca, which further points towards a dynamic use of the broader bathymetric range preferred around the archipelago. Finally, our analyses highlighted that single animals and groups used areas with different characteristics, with groups preferring deeper, warmer waters characterised by lower sea level anomaly, which resulted in some fine-scale spatial segregation. The results of this study shed light on the mechanisms underpinning the biogeography and complex social system of the species, and support the design of targeted conservation measures in this important breeding and feeding ground.

Book
Our book, The Cultural Lives of Whales and Dolphins is even available at Amazon! Hear it discussed on BBC Radio 4's "Start the Week". Listen to a podcast of a discussion between myself and author Phillip Hoare at the LSE Philosophy Forum here

Sperm whale society and ecology
I have been studying the ecology, communication and societies of sperm whales, the largest of the toothed whales, showing how long lasting social groups use distinctive vocal dialects that appear to be culturally transmitted. Part of this work is my involvement in running the Balearics Sperm Whale Project and as a collaborator of the Dominica Sperm Whale Project.

Learning in archerfish
Archerfish have the highly specialised hunting tactic of shooting down prey with water jets. The dexterity and accuracy with which they do this has made them a model system in visual cognition. We are studying their shooting behaviour and learning to understand how this adaptation has interacted with their cognition.

Human social learning
I use experimental approaches to understand how we negotiate the trade-offs involved in deciding whether to use social information to make simple decisions, as a window into how we have evolved to make best use of our cultural inheritance.

Evolutionary modelling
I also use evolutionary simulation models to understand how these processes like social learning might have evolved, and how they might be related to the evolution of other kinds of behaviour, such as cooperation and niche-construction.

East Coast Marine Mammal Acoustic Study (ECOMMAS)
We are deploying passive listening buoys along the Scottish coastline in collaboration with Marine Scotland Science to monitor the impact of coastal windfarm development and also to give insight into acoustic behaviour of marine mammals.

We value outreach work highly. Here are some links to some recent activities that myself and other lab members have been involved with:

An approach to academic life: 12 guidelines for survival

Dr Luca Lamoni completed his PhD "The role of individual behaviour in the collective cultural evolution of humpback whale songs? in 2018

Dr Ellen Garland held her Newton International Fellowship in our group from 2015 to 2017.

Dr Thomas Morgan completed his PhD, co-supervised with Kevin Laland and titled "Experimental studies of human social learning and its evolution" in December 2013

Dr Laurel Fogarty completed her PhD, co-supervised with Kevin Laland and titled "From social learning to culture: Mathematical and computational models of cultural evolution" in June 2012