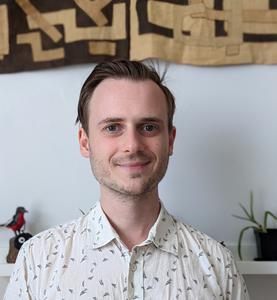 Jules Skotnes-Brown is a historian of animals and science. His research connects histories of animals, disease, knowledge production, and colonialism in the nineteeth and twentieth centuries. He is currently a Research Fellow in the History of Rat Proofing working on the Wellcome Trust funded project 'The Global War Against the Rat and the Epistemic Emergence of Zoonosis'. Here he will be writing a global history of rat-proofing. His research will explore how the activities of disease-carrying and food-devouring rats have both shaped infrastructures of twentieth-century economies, and how humans have attempted to exclude them from such infrasturctures. Through following the movement of rats through supply lines connecting farms, docks, port cities, ships, and the wild, he will chart how and why rats have become despised “enemies” of humankind, and what their mobilities reveal about the entangled histories of colonialism, capitalism, zoonosis and species invasiveness.

Jules's PhD, completed at the Department of History and Philosophy of Science at the University of Cambridge (2017-2020) was a more-than-human history of pests, science, and segregation in 1910s-40s South Africa. He is developing a book from this body of research. Through examining the activities of animals settlers called 'vermin', and their attempts to study and control them, the book explores the connections between pest-control, segregation, science, and conservation. Here, I foreground not only ecologists and zoologists, but the multiple experts (settler and indigenous) involved in the study of pests, whether they be biologists, farmers, healers, hunters, or even animals. The book ultimately demonstrates both the influence of nonhuman agents in the sciences and on the environment, and continues to critique the destructive and dehumanising role played by settlers in southern African history.