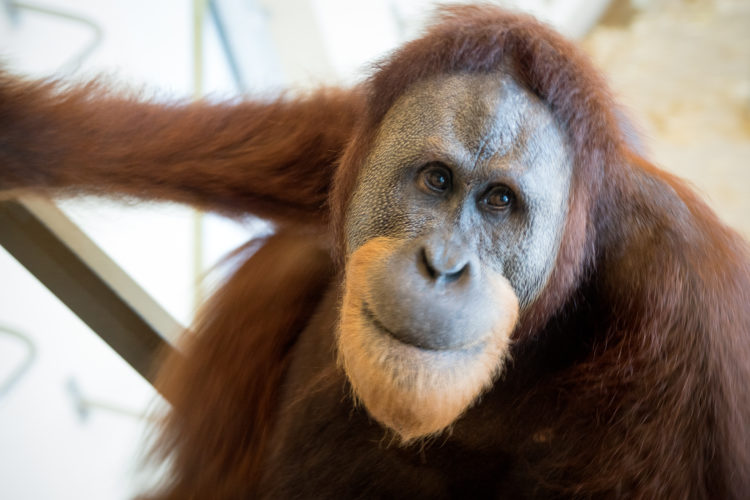 New research, led by scientists from the University of St Andrews and Indianapolis Zoo, shows that great apes can control their voice in a similar way to humans, giving a unique insight into the evolution of human language.

The research, in collaboration with the University of Durham, published in Scientific Reports (Friday 22 August), reveals how orangutans can control their voice in a similar way to humans. Working alongside animal care staff and researchers at the Indianapolis Zoo, the team studied then 11-year-old Rocky and 36-year-old Knobi, analysing how the orangutans used their voice to play a basic musical instrument.

Lead researcher Dr Adriano Lameira, from the at the University of St Andrews, said: “Language defines human communication, but its evolution defies scientific explanation. Great apes, our closest relatives, may hold the key to how language evolved in our lineage. Our results provide the first positive diagnostic test of vocal production learning in great apes, namely active voicing, during novel voiced vocal production in orangutans.”

Further details can be found on the University news page.