Number one in the UK for Neuroscience in Guardian Guide 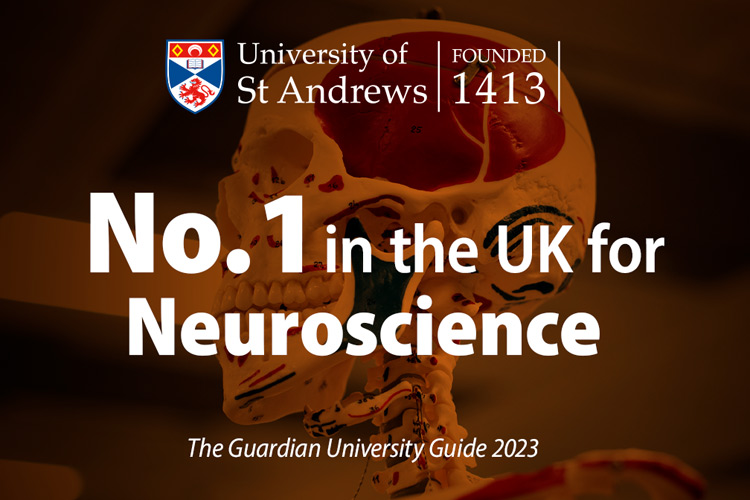 Neuroscience is top in the UK in the Guardian University Guide 2023 and Psychology is ranked 5th.

The Guardian also places St Andrews top in its ranking of the UK’s 130 universities for the first time, following The Times ranking the University as top in Scotland and 2nd in the UK, as well as naming St Andrews as the Scottish University of the Year.

Principal and Vice-Chancellor Professor Dame Sally Mapstone said: “I hope that St Andrews’ terrific students and all of my hard-working colleagues will feel the recognition of this very significant achievement. They entirely deserve it.

“The amalgam of our strengths in the key areas which The Guardian measures has set us narrowly ahead of some of the very best universities in the world. For a small Scottish university to shake the established order repeatedly is a great tribute to everyone who works and studies here.

“What a fantastic way to begin a new academic year, and at a time when the world we serve has rarely been in greater need of the transformational powers of the highest quality of independent research and teaching.”

The Guardian has now coined the term ‘Stoxbridge’ to describe what it says may be the new world order in UK university rankings.

The Guardian Guide is one of three national league tables, publishing annually alongside the Complete University Guide and the Times and Sunday Times Good University Guide.