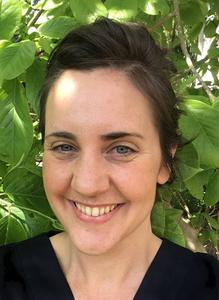 I am primarily interested in questions of cultural memory politics, national and local identity (trans)formations, visual culture, and Soviet and post-Soviet culture and history. I have published widely in these areas in English, Russian, and Ukrainian in leading journals in the field, including Slavic Review, Slavonica, Histor!ans.ua, Antropologicheskii forum and Novoe literaturnoe obozrenie. My work has also appeared in edited collections that have made important new interventions into the fields of Soviet and post-Soviet cultural studies, including Russia's Regional Identities: The Power of the Provinces (2018) and Ruptures and Continuities in Soviet/Russian Cinema: Styles, Characters and Genres before and after the Collapse of the USSR (2019).

My monograph Chronicles in Stone: Preservation, Patriotism and Identity in Northwest Russia (2019) is the first ever study of the Russian Northwest and its role in imagining the Soviet and Russian nations. Its central argument is that the heritage of the historic region, and specifically the towns of Novgorod, Pskov, and Vologda, was exploited by the Soviet state to craft visions of Russified Sovietness that could stimulate popular patriotic consciousness. In the decades after World War Two, the Soviet Union encountered a series of political challenges. At each of these junctures, the cultural heritage of the Northwest was used to form patriotic narratives about the Soviet people’s genius, heroism, and strength that were intended to bind the nation together. The book is a study of the powerful and pervasive myth of the Russian Northwest, its role in forming the Soviet and Russian national ideas, and its impact on local communities.

My current research explores the visual heritage of industrialization in the Donbas region of Eastern Ukraine. It asks how the heavily industrialized region has been constructed through visual media and how has this process impacted on community identity. My work in this area involves a series of collaboratively conceived creative initiatives that map the project’s central research questions onto a variety of (post-)industrial contexts across the UK. Working with archives, museums, schools and local communities in Wales, England and Scotland, my research explores the cultural potential of existing industrial heritage collections and stimulates new forms of creative engagement with industrial themes. This research has been funded by the Carnegie Trust (2016), Arts Council Wales (2017), the Scottish Funding Council (2018), Royal Society of Edinburgh (2019), and the House of Europe (2020). More information about impact case study emerging from this work can be found here.

At the heart of my research practice is public engagement. In 2016, I was selected as an BBC/AHRC New Generation Thinker, in which capacity I gained experience presenting my research in engaging and innovative ways, including seven BBC Radio 3 commissions, two BBC Radio 4 commissions, and a short film on my research for BBC Arts. My portfolio of public engagement work also includes exhibitions, participatory art projects, creative writing workshops, and community festivals. In 2018, I received a British Academy Rising Star Engagement Award to coordinate an ECR workshop on Slavic Studies and the Public Humanities, which brought together twenty-one researchers from the US, Canada, the UK, Russia and Ukraine with emerging public engagement portfolios. Open-access outputs from this event include a multi-media co-authored blog cluster and a series of three collaboratively produced podcasts.

I continue to welcome enquiries from postgraduate students on all aspects of Soviet and post-Soviet culture and history, especially visual and material culture, everyday culture, cultural memory, and identity studies.