Will Fowler's visit to Mexico

Professor Will Fowler was in Mexico back in February and March where he presented his latest book La Guerra de Tres Años, 1857-1861 (Mexico City: Crítica, 2020) 485pp. He gave a total of 11 public lectures/book presentations and 2 workshops in Mexico City, Puebla, Xalapa, Veracruz, San Luis Potosí, Guadalajara, and Guanajuato, and was interviewed by the media, making several appearances on television.

Some of the articles that have since been published in the press covering the publication of Will’s new history of what was Mexico’s most violent civil war in the nineteenth century can be accessed here:

Some of the lectures and book presentations are also on Youtube:

Whilst in Mexico, Will also gave a public lecture in the historic Palacio de Bellas Artes as part of the exhibition “Estampas de un teatro del México del siglo XIX”, on the cultural projects of Santa Anna’s 1840s governments (which included the construction of the Gran Teatro de Santa Anna which opened in 1844, described in 1850 by U.S. diplomat and poet Bayard Taylor as “one of the finest theaters in the world”). 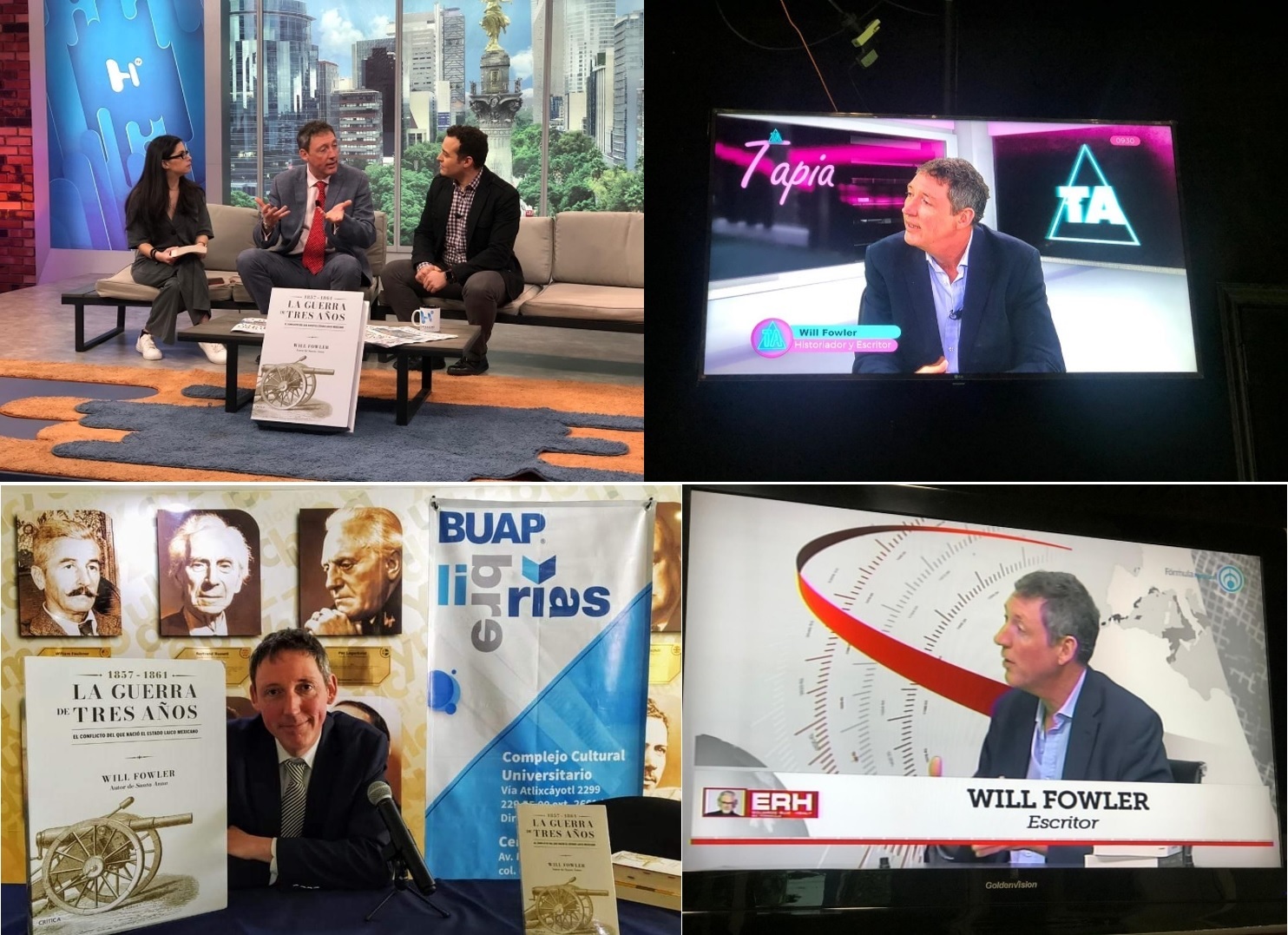