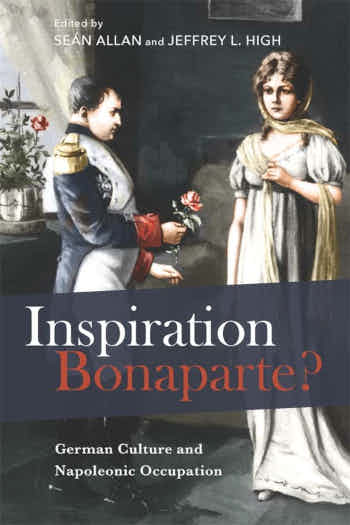 Two hundred years after his death, Napoleon Bonaparte (1769-1821) continues to resonate as a fascinating, ambivalent, and polarizing figure. Differences of opinion as to whether Bonaparte should be viewed as the executor of the principles of the French Revolution or as the figure who was principally responsible for their corruption are as pronounced today as they were at the beginning of the nineteenth century. Contributing to what had been an uneasy German relationship with the French Revolution, the rise of Bonaparte was accompanied by a pattern of Franco-German hostilities that inspired both enthusiastic support and outraged dissent in the German-speaking states.

Contributors to the volume from St Andrews include Seán Allan, Mary Orr, Andrew Cusack, Michael White and – from our strategic partner, the University of Bonn – Christian Moser and Helmut Schneider.