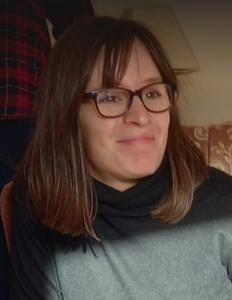 MO3217 - Travel Cultures in Europe in the Eighteenth and Nineteenth Centuries

I am a historian of eighteenth-century Europe with interests in the history of science and knowledge. I am interested in the development of the notion of expertise and its social and institutional construction, as well as the circulation of knowledge.

My research focuses mainly on Western Europe (particularly Italy and Scotland, but also France, England, Switzerland, and soon Spain and the Netherlands) and takes a comparative and transnational approach. I also consider the circulation of knowledge in a global context, and I am particularly interested in the import into Europe of non-European knowledge from Indigenous populations of other regions Europeans visited.

My doctoral thesis, completed in 2021, was a comparative study of five publicly funded botanic gardens in the second half of the eighteenth century. My analysis challenged the current historiography's narrative on the professionalisation of science being a nineteenth century phenomenon by re-evaluating the developments of smaller and peripheral institutions in the Enlightenment. I used the examples of the three gardens of Florence and those of Pisa and Edinburgh to show that botanic gardens underwent a process of institutionalisation in the late eighteenth century. This process helped fashion the "profession" of science and shows early reflection on the value of scientific research for society.

Alongside my research, I am also interested in public history and how non-historians engage with history. I have created several historical boardgames, designed to allow people to immerse themselves in different aspects of the history of science on different scales (local, European, global). I was also a video editor for educational videos created for the University of St Andrews, and I have taken part in several science festivals and museum workshops. I am particularly interested in questions of how to make history more accessible, interesting, and especially inclusive, for a more diverse audience.