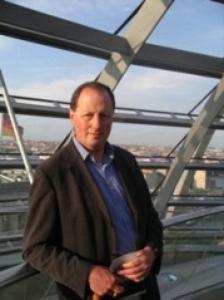 My work covers the history of Europe during the earlier twentieth century (ca 1900-1945) and in 2011 I published a general history of the period, Europe between Democracy and Dictatorship, 1900-1945. My specialised research has focused on the inter-war era; initially on Nazism and German Communism, and more recently on Weimar Germany and Franco-German relations during the inter-war period.

My research on Nazism concentrated on the history of the NSDAP's paramilitary wing, the Storm Troopers (SA) and established that its membership stemmed primarily from the working classes. This fostered a wider interest in the relationship between Germany's workers and the Nazi movement (see publications), which soon enough took my research into a controversial area, the relationship between the radical extremes - Nazi and Communist - during the Weimar era. In a detailed study I concluded that, at the end of the day, the Communists and Nazis competed bitterly for support from Germans who had become alienated from Weimar democracy.

After writing a general history on the rise of Nazism (1st edition 1995, 2nd edition 2002) I turned my attention to the history of inter-war Franco-German relations.  My first major study, The Ruhr Crisis 1923-24, was concerned with efforts by Paris and Berlin unilaterally to revise the 1919 Versailles peace settlement on their own terms. This struggle culminated in a French military occupation of Germany's Ruhr District during which the region's civilian population pitted itself against the armed might of the occupying forces, at terrible personal cost and at an enormous political and economic cost to Weimar.

My latest book, A Vision of Europe. Franco-German relations during the Great Depression, 1929-1932 was publsihed by Oxford University Press in February 2017. I am grateful to the British Academy, the Elizabeth Barker Endowment, and the School of History at St Andrews for funding the research for this book. Contrary to received wisdom, an improvement in relations forged during the later 1920s was maintained during the economic crisis and triggered a visionary attempt to forge a European union based around a Franco-German axis. The history of this tragically unsuccessful initiative (1930-32) and the reasons for its failure form the basis of my account and also serves in effect as a pre-history of the contemporary European Union.