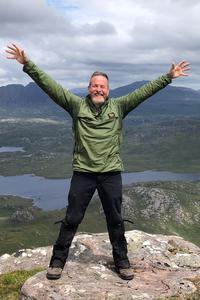 My dominant scientific interest, throughout my career, has been the understanding of how organisms have responded to major climatic changes, such as those at glacial-interglacial transitions. I have pursued this major interest through several lines of enquiry:

? Development of a theoretical basis for understanding the role of Quaternary climate change in macroevolution and speciation. In particular, I have highlighted the observation that, despite substantial climatic and other environmental changes during the Quaternary, there has been remarkably little evolution (in the form of, for example, lineage splitting [speciation]) as a consequence (Bennett 1990; Bennett 1997; Bennett 2004). Furthermore, the driving factors of Quaternary climatic changes are the Earth's orbital variations, which are a consequence of the Earth's position in the Solar System and must, therefore, be a continuous feature of the whole of Earth history, albeit not necessarily with the same amplitude as currently. I have pointed out that fossil data appears to show major increases and distribution changes for some taxa (such as temperate trees) at the beginning of the current interglacial but that these changes are unlikely to survive. Long-term survival of taxa is likely to depend on persistence throughout in southern localities. The new populations in higher latitudes will become extinct (Bennett et al. 1991).

? I am working to draw theoretical understanding of evolution closer to what actually happened by the extraction and analysis of ancient DNA (aDNA) from fossil pollen(the most abundant and accessible fossils of the Quaternary). DNA from living organisms is accessible and can be readily analysed to give hypotheses about the pattern of evolution of current lineages. The fossil record can show, broadly, how species (or higher categories) have changed in abundance across space and time, but aDNA is needed to show which genotypes were present at particular points in space and time. This precision is needed to show whether there is any connection between the appearance of new lineages (evolution) and episodes or events of environmental change (Parducci et al. 2005).

? Development of the understanding of ecological aspects of how organisms have responded to climatic changes has been a long-running theme of my research. Aspects include comparisons between the records of different interglacials (Tzedakis & Bennett 1995), the significance of changing atmospheric CO 2 as a forcing-factor for vegetation changes (Bennett & Willis 2000), the rate of increase of populations (Bennett 1983), spread across regions and continents (Bennett 1984;Giesecke & Bennett 2004), the link between these (Bennett 1986; Bennett 1988),and conservation implications of palaeoecological work (Willis et al. 2007).

? Acquisition of new data, principally from parts of the world that had been under-explored, by means of pollen analytical and related investigations of lake sediments. Early in my career, I developed a set of criteria for determining the types of lakes that would be (i) suitable for such investigations, and (ii) readily available. I applied this approach to investigations of small lakes in southern Ontario (Canada)in the 1980s, while studying the rates of response of forest trees to postglacial warming (Bennett 1988; Bennett 1993), then to investigations of the woodland-moorland ecotone in the far north and west of the British Isles (Bennett et al. 1992). In the early 1990s, I began work in the archipelagoes of southern Chile,using the same methodological approach, investigating initially the early postglacial development of forests at around latitude 45S (Bennett et al. 2000; Haberle &Bennett 2004), and then extended the work to the woodland-moorland ecotone of the extreme south (at around latitude 55S). Most recently, I led a scientific project of a Swedish Polar Secretariat expedition to Kamchatka (far eastern Russia), and collected lake sediments from comparable sites for the first multidisciplinary investigation of postglacial vegetation and environmental change there. I have used my fieldwork experience to advise and actively participate in expeditions to collect similar material in support of other researchers (e.g. northern and eastern Europe, Morocco, Kenya, USA, China, Galapagos, Peru).

? Development of methods for the analysis of palaeoecological data. I wrote, and have maintained for 15 years, psimpoll, a program for the graphical presentation and numerical analysis of palaeoecological data. Novel features of this program are that it (i) is available for all known platforms (including DOS/Windows, Apple and unix), (ii) allows the use and comparison of multiple techniques for several key numerical tasks (such as zonation and age-depth modeling), (iii) provides confidence intervals for all calculated parameters, and (iv) incorporates techniques that I have developed for determining the numbers of zones in a stratigraphic sequence (Bennett 1996), the placing of confidence intervals on sediment and microfossil accumulation rates (Bennett 1994), and determining the ages of events (Bennett & Fuller 2002).

My current dominant lines of research interest are: (i) evolution during the Quaternary (Bennett 2010; paper in progress); (ii) the refugial behaviour of organisms during periods of less favourable climate (Provan & Bennett 2008; Bennett & Provan 2008; paper in progress); (iii) late-Quaternary of Kamchatka (Ph.D. student, collaboration with colleagues in Sweden); (iv) late-Quaternary of southern South America (PhD student, several lake sediment sequences under investigation, with colleagues in Sweden and Germany, as well as in our laboratory in QUB; paper in press); and (v) further development of numerical methods for use in late Quaternary palaeoecology (jointly with Prof. Kathy Willis [University of Oxford]).