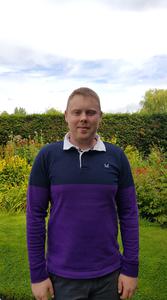 I am currently working alongside Professor Hill Kulu (St Andrews) and Professor Gunnar Andersson (Stockholm) on the Migrant Life project.  The project involves the use of longitudinal data from the Swedish population register to look at whether family formation, fertility, employment and housing career trajectories differ both between immigrant groups and the Swedish born population.  Comparisons will be made with three other European countries inlcuding France, Germany and the UK.

Prior to joining the University of St Andrews I completed my PhD at Queen?s University Belfast.  My PhD explored long term internal migratory patterns within Northern Ireland between 1981 and 2015 using micro-level census data from the Northern Ireland Longitudinal Study (NILS).

?Assessing the Impact of the 2016 EU Referendum on EU Emigration from NI? 10th International Conference on Population Geographies.  2nd July 2019.