School of Geography and Sustainable Development

SGSD researchers have been working in partnership with the Scottish government to better understand the role Scotland’s ‘blue carbon’ resources might play in mitigating and adapting to climate change.

Professor Bill Austin said: “The significance of long-term carbon storage in Scotland’s coastal habitats is important because these stores are vulnerable to degradation. If we can protect these carbon-rich ecosystems we can prevent the release of greenhouse gases, support their rich biodiversity and improve their resilience to future sea-level rise. The overall aims of this work will be to undertake a national scale assessment of the blue carbon stocks in our coastal vegetated habitats and to better inform and understand the potential of accounting for Scotland’s vast blue carbon resources.”

The photo below shows Bill and Mairi Gougeon with some of the pupils from St Margaret's. 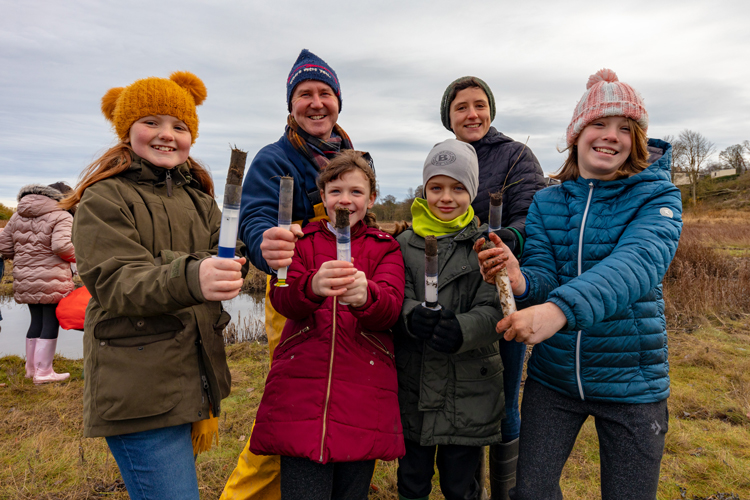