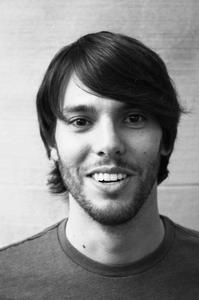 Paul Flaig's teaching and research share a fundamental focus: how the forms, genres and figures in film history circulate beyond both spatial borders of the nation-state as well as temporal delineations of before and after, old and new, early and late. Broadly speaking, he is interested in how cinema moves beyond itself or any clear definition or identity secured by studio or auteur, national tradition or medium specificity. His work explores not only the the diverse ways cinema can be understood or interpreted in its reception, but also in how they might be radically re-purposed and re-conceived through philosophical speculation, archival re-mixing or technological transformation.

Dr. Flaig focuses especially on theories and histories of film comedy and in particular on American slapstick and screwball cinemas of the twenties and thirties as they were interpreted and appropriated by contemporary filmmakers, critics and avant-gardists in Europe and North America as well as by recent new media artists, advertisers and activists in digital culture. He is currently completing a monograph entitled Weimar Slapstick: American Eccentrics, German Grotesques and Hollywood Comedy Re-Functioned, which examines the influence and appropriation of American slapstick and cartoon comedies across visual, intellectual and political cultures of Germany?s Weimar Republic. This project stands at the historical intersection between American comic cinemas in the silent and early sound eras and the neglected comic films and performers of Weimar cinema.

Dr. Flaig also written several essays on theories of film comedy, re-reading foundational texts in the philosophy of comedy (Freud, Lacan, Bergson, Adorno, Benjamin, Cavell) vis-a-vis works by Chaplin, Disney, Pixar, the Marx Brothers, Capra, Keaton and others. He os also working on a new project entitled Slapstick After Fordism, which extends his interests in comedy into an examination of slapstick?s legacies in recent world cinema, literature and new media. These essays have appeared (or are forthcoming) in the Cinema Journal, Screen, animation: an interdisciplinary journal, Brecht Yearbook, JCMS as well as several edited collections.

Dr. Flaig is co-editor of the award-winning essay collection New Silent Cinema (Routledge / AFI Film Reader, 2015), which examines contemporary and historical returns to early and silent film across popular and avant-garde cinemas, art, literature and new media. His own contribution to New Silent Cinema has initiated a new project mapping the conditions and possibilities of a feminist media archaeolog and which focuses especially gendered voices telephonically circulating between antique, analog and digital mediascapes, from Homer?s Sirens to Edison?s phonographic dolls to Apple?s Siri. A 2018 article in Camera Obscura entitled "Yesterday's Hadaly" gives a good sense of this project's scope and aims.

Before arriving at St. Andrews in 2017, Dr. Flaig was a Lecturer in Film & Visual Culture at the University of Aberdeen, where he started in 2013 after the completion of a Ph.D. in Comparative Literature at Cornell University. He is currently co-editor of Professional Notes for the Journal of Cinema and Media Studies (JCMS).