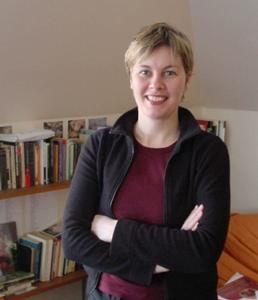 Susan Manly is a Reader in English. After her M.A. at Cambridge, she completed her British Academy-funded D.Phil. in Oxford in 1995. She joined the School of English at St Andrews in 1998.

Susan's research interests are in Romantic-period Irish and English literature, and in particular in writing published in the 1790s. She is an expert on the work of Maria Edgeworth (1768-1849), a best-selling Irish contemporary of Jane Austen, and has produced scholarly editions of a wide range of Edgeworth's writings, including her innovative books for children and young adults. She is currently completing a political biography of Edgeworth. This will be the first account of Edgeworth's life to appear in the last 45 years. It will provide a new assessment of Edgeworth's intellectual and political life, looking at her milieu, correspondence, allegiances, interventions, and influence. Edgeworth's sustained engagements with debates about Ireland, about slavery and about women will form a major part of the story told in this biography.

Other research interests include Romantic-period writing for and about children, focusing especially on the work of radicals and reformists, such as Anna Letitia Barbauld, John Aikin, Mary Wollstonecraft, William Godwin, Charles Lamb and Mary Lamb. Susan has published a number of essays and articles in this field. Her next monograph after the Edgeworth biography will draw on this research and is provisionally entitled Schools for Treason: Radical and Reformist Writing for Children, 1780-1825.

Susan welcomes applications from students interested in pursuing doctoral research in any of these areas.