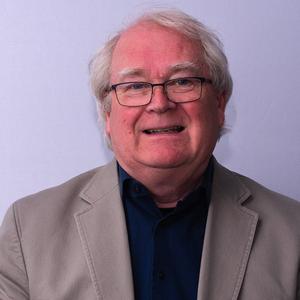 Neil Rhodes was a Scholar of St Catherine’s College, Oxford, where he was awarded the degrees of MA and DPhil and was a Newdigate prizewinner. He is currently a Visiting Professor at the University of Granada, and Liverpool Hope University, and joint General Editor with Andrew Hadfield of the MHRA Tudor and Stuart Translations. From 2014-16 he held a Leverhulme Research Fellowship to work on a book entitled Common: The Development of Literary Culture in Sixteenth-Century England, published by Oxford University Press in 2018. His teaching is principally in the fields of English Renaissance literature.

Neil has three research interests at present. First, translation and the development of the vernacular in early modern England. Second, sound and the oral/aural dimensions of literature in English, especially the early modern period; this develops from a long-standing interest in rhetoric and the media in history. Third, popular culture and its relationship to elite forms of culture in Elizabethan England.

His PhD students have received ORS and Commonwealth scholarships and AHRC and Carnegie Caledonian awards, and more recently, awards from the Scottish Graduate School for the Arts and Humanities. Students working with Neil were awarded the St Leonard's College Prize Lectures in 2016 and 2017.  He welcomes enquiries from students who are considering postgraduate research in any of the areas described above.