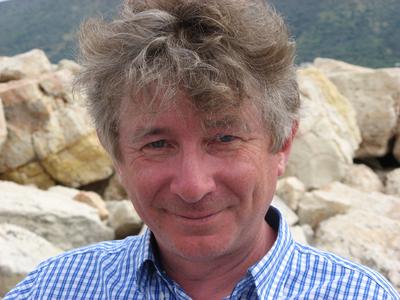 Nicholas Roe is Wardlaw Professor of English Literature. He is the author of critically acclaimed biographies and studies including John Keats: A New Life, Fiery Heart: The First Life of Leigh Hunt, Wordsworth and Coleridge: The Radical Years, and John Keats and the Culture of Dissent. He was born in 1955 in England's West Country, and lived for many years on the edge of Dartmoor at Yelverton and Clearbrook. He was educated at the Royal Grammar School, High Wycombe (1967-74), and Trinity College, Oxford (1975-82), before joining the English Department at Queen's University, Belfast (1982-5). He joined the School of English at St Andrews University in September 1985 and soon afterwards founded the St Andrews Poetry Festival (now ‘StAnza’). In 1995 he was a co-founder of the scholarly journal Romanticism, which he continues to edit, now approaching its thirtieth anniversary. He is a Fellow of the British Academy, a Fellow of the Royal Society of Edinburgh, an Honorary Fellow of the English Association, and a Lifetime Member of the Japan Association for English Romanticism. In 2021 he was appointed Honorary Professor of English at Xi’an Jiaotong-Liverpool University, Suzhou, People’s Republic of China. Over the years he has given visiting lectures at numerous UK universities, and more widely in Australia, Brazil, Canada, Germany, India, Italy, Japan, Malta, the Netherlands, New Zealand, South Africa, and the US. He was a Trustee of The Keats-Shelley Memorial Association 1997-2015 and of The Wordsworth Trust 2010-2017. He is Chair of The Keats Foundation, and a trustee of The Wordsworth Conference Foundation. His two most recently published  books are an edited collection, John Keats and the Medical Imagination (2017) and a revised and updated second edition of Wordsworth and Coleridge. The Radical Years (1988; second edition 2018).