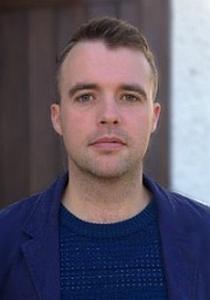 James Purdon studied English at Emmanuel College, Cambridge, was a Herchel Smith scholar at Harvard University, and worked as a parliamentary reporter before completing his doctorate in 2012. After three years as a Research Fellow at Jesus College, Cambridge, he was appointed to a Lectureship at St Andrews in 2015. ?James is one of the organizers of the AHRC-funded network The Art of Identification and an editor of the open-access book series Technographies (Open Humanities Press). He has been a frequent contributor to The Observer, The Times Literary Supplement, The Literary Review, and Apollo, and is a founding editor of the online quarterly The Junket.

James researches the intersection of literary narrative with technological and political systems over the course of the twentieth century, and has particular interests in modernist studies, Cold War-era culture, and contemporary fiction. His first book ? Modernist Informatics: Literature, Information, and the State (Oxford University Press, 2016) ? deals with transactions between modernist culture and state administration at the birth of the information age, and focuses on writers and film-makers including Joseph Conrad, Ford Madox Ford, Elizabeth Bowen, John Sommerfield, and John Grierson. James has published on a wide variety of subjects, from seventeenth-century biography to the significance of electricity pylons in modern British painting. Most recently, he co-edited (with Beci Carver) a special issue of Critical Quarterly on the cultural effects of traffic. He is currently working on a study of Cold War culture across multiple media forms, and editing A New Age?, the first volume in Cambridge University Press's series British Literature in Transition, covering the years 1900-1920.