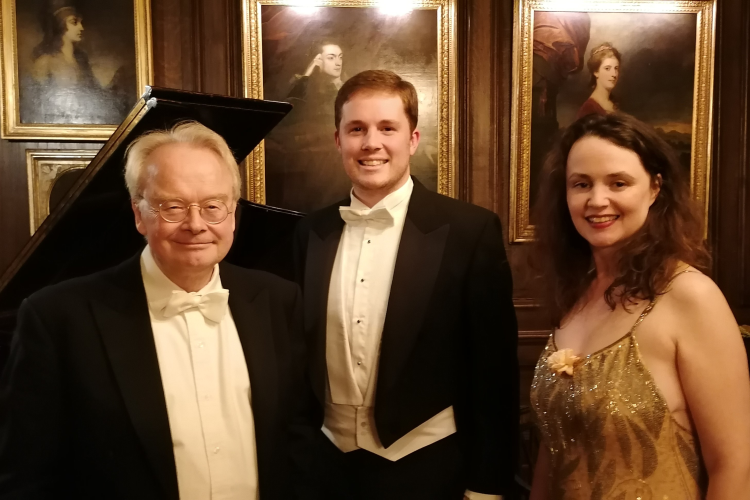 Dr Sara Lodge performed alongside award-winning baritone Edward Robinson and pianist Rachel Fright in a concert of Edward Lear's words and music at Combermere Abbey on December 12th. The audience heard a selection of Lear's early musical jeux d'esprit, his comic repertoire as an entertainer, his mature settings of his friend Tennyson's verse, and his later nonsense songs.

This is the last concert for this year in a series of six performances of Edward Lear's music that has taken Dr Lodge and her collaborators to National Trust properties Gunby Hall and Ightham Mote, Gilbert White's House in Selborne, the Georgian Concert Society in Edinburgh and the Byre Theatre for StAnza 2019.

The concerts bring to life aspects of Dr Lodge's recent research on Lear, which uncovered for the first time Lear's musical repertoire as a singer and pianist; identified the music for several of his poems; and unearthed settings of his work by two female Victorian composers he knew, whose responses Lear particularly valued. Many of these songs had not been heard for over a century. They shed fascinating light on Lear's lyrical imagination and on his many musical influences.

The concerts have been attended by over 300 people and have raised over £3000 for charity.