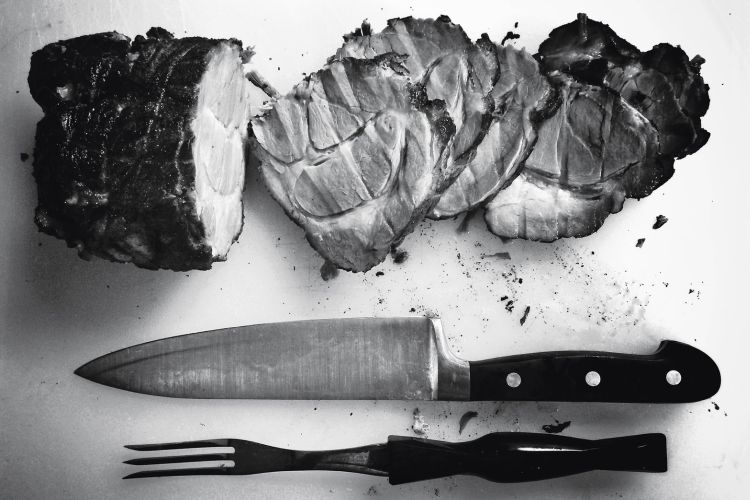 PhD students Sohni Chakrabarti and Siobhan Dooley have organised a one day conference 'Devouring Men: Food, Masculinity and Power' for the School of English via Microsoft Teams.

The idea for 'Devouring Men: Food, Masculinity and Power' grew out of the 'Food for Thought Reading Group' which Sohni and Siobhan began in 2018, and which was generously supported by the School of English's Modern and Contemporary research group and St Leonard's Postgraduate College development fund.

The conference adopted an online-offline model, whereby presentations and papers were pre-circulated in advance. The online event involved a series of short précis from keynotes and panelists followed by lively Q&A discussions.

Twenty-three researchers, from multiple disciplines, all at different stages of their academic careers, and based around the world, presented papers that explored the complex relationship between food, masculinity, and power. The conference attracted a range of papers from close in-depth analyses of texts and films, literary histories of food items as well as explorations of historical and contemporary food cultures.

There were four keynote speakers, three from St Andrews. Dr Claudia Kreklau (School of Modern History) gave a fascinating presentation on the historical figure of Otto von Bismark and his tendency to assert his masculinity through food. Dr Emma Bond (School of Modern Languages) spoke eloquently on how sugar is used in contemporary art and performance to explore Scotland's imperial legacy. Dr Jeffrey Murer (School of International Relations) adopted a theoretical approach for his talk entitled 'The Threat of Tofu: rage, fragile masculinities and gendering food as symbolic violence'. The final keynote was by Dr Sam Goodman (Faculty of Media and Communication, University of Bournemouth), who gave an in-depth overview of colonial and contemporary British drinking cultures.

The conference was attended by over 80 delegates from across the world. The organisers are planning to make recordings of the day available and to publish a collection of essays based on the conference.