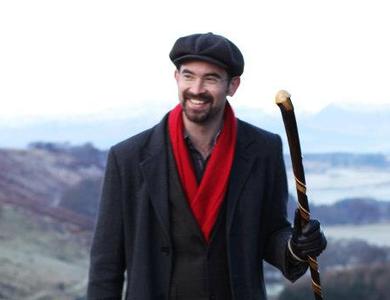 William Simpson is a Junior Research Fellow of Wolfson College, Cambridge, and an Honorary Research Fellow in the Philosophy of Nature at St Andrews. He holds doctorates in both philosophy and physics. He obtained a PhD in philosophy at the University of Cambridge (2016-20), supported by a full doctoral scholarship from Peterhouse, for which he received an Expanded Reason Award. Prior to his 'conversion' to analytic philosophy, he obtained a PhD in Theoretical Physics at the University of St Andrews (2010-14), supported by a SUPA Prize full doctoral studentship, for which he was awarded the Springer Thesis Prize.

William is also a Research Associate of the Divinity Faculty at the University of Cambridge, and an Associate Member of the Ian Ramsey Centre for Science and Religion at the University of Oxford. He was a visiting scientist at the Weizmann Institute of Science in Israel (2010-12). The profile photo was taken by Gillian Gamble.

William is currently working on motivating and constructing ?powers ontologies? for different interpretations of quantum mechanics, thinking about the metaphysics of emergence in complex physical systems, and studying the concept of nature in relation to theology. He is a Research Fellow in the international research project, God and the book of nature.

More generally, William is interested in exploring the various ways in which ?neo-Aristotelian? metaphysics -- which deploys concepts like ?causal powers? and ?metaphysical grounding? -- may transform the landscape of discussion in the philosophy of mind and the philosophy of religion (for example: concerning the relationship between laws of nature and human agency).